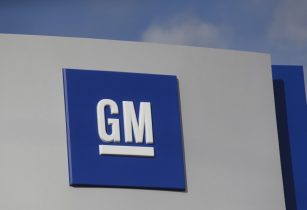 GM said on Monday that work at its Indiana plant, which makes small electronic components for cars, is part of the effort to expand ventilator production. Sources said the GM-Ventec project is known internally as “Project V.”

As part of the effort to boost ventilator output from Ventec, GM has arranged for the supply of 95% of the parts needed to build the ventilator and is seeking to source the remaining 37 necessary parts, according to an email to suppliers from Shilpan Amin, GM’s vice president of global purchasing.

The goal of the venture is to build up to 200,000 ventilators, said people familiar with the plans who asked not to be identified.

U.S. President Donald Trump said on Sunday that U.S. automakers GM, Ford Motor Co <F.N>, and Tesla Inc <TSLA.O> had been given the green light to produce ventilators and other items needed during the coronavirus outbreak. It was not clear what Trump meant by the companies “being given the go ahead.”

“Ventec Life Systems and General Motors have been working around the clock to implement plans to build more critical care ventilators,” GM spokesman Dan Flores said in an email on Monday. “With GM’s support, Ventec is now planning exponentially higher ventilator production as fast as possible.

“As part of those efforts, GM is exploring the feasibility to build ventilators for Ventec at a GM facility in Kokomo, Indiana,” he added.

First parts need to be delivered by suppliers to GM by April 6, the sources said. Supplier production could begin “within the next 2-3 weeks,” Amin said in his email. It was not clear when GM might begin production.

“Thank you for being such great partners that share the same passion for supporting the country in our time of need. There is still support needed with a few remaining parts,” Amin said in the email.

On Friday, GM and Ventec Life Systems said they were teaming up to increase Ventec’s production of desperately needed ventilators.

“By tapping their expertise, GM is enabling us to get more ventilators to more hospitals much faster,” Ventec Chief Executive Chris Kiple said on Friday.

At the time, GM Chief Executive Mary Barra said the automaker would explore other ways to help beyond helping Ventec scale up production.