They Really Are Lying To You 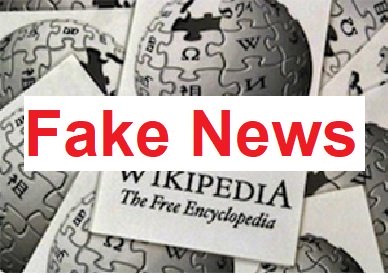 The most effective kind of propaganda is by omission. Walter Duranty didn’t cook up accounts from smiling Ukrainian farmers, he simply said there was no evidence for a famine, much like the media tells us today that there is no evidence antifa has a role in the current protests. It is much harder to do this today than it was back then—there are photographs and video that show they have been—which is the proximate cause for greater media concern about conspiracy theories and disinformation.

For all the hyperventilating over the admittedly creepy 2008 article about “cognitive infiltration,” by Cass Sunstein and Adrian Vermeule, it was a serious attempt to deal with the problem of an informational center being lost in American public life, at a time when the problem was not nearly as bad as it is today. It proposed a number of strategies to reduce the credibility of conspiracy theorists, including seeding them with false information. Whether such strategies have been employed, perhaps with QAnon, which has a remarkable ability to absorb all other conspiracy theories that came before it, I leave to the reader’s speculation.

Books will one day be written about the many failures of the media during the Trump presidency, but much of the Russiagate narrative-shaping was related to the broader problem of decentralization and declining authority of establishment media. One of the more egregious examples is the Washington Post’sreport that relied upon a blacklist created by an anonymous group, PropOrNot, that found more than 200 sites carried water for the Russians in some way, and not all on the right either. In fact, if the Bush administration had commissioned a list of news sources that were carrying water for Saddam Hussein in 2006, it would have looked almost the same as the PropOrNot list, except here it was, recast as an effort to defend democratic integrity. On the list was Naked Capitalism, Antiwar.com, and Truthdig.

This should have been a bigger scandal, very good evidence that the war on disinformation was not that but a campaign against officially unapproved information. But virtually nobody except Glenn Greenwald objected. There is some evidence that this style of blacklisting went even further, into the architecture of search engines. My reporting on Google search last year found that one of the “fringe domain” blacklists included Robert Parry’s Consortium News. In other words, if Google had been around in the 1980s, Parry’s exposes on Iran-Contra would have been excluded from Google News results.

The criteria for inclusion on any of these lists are much more amorphous than a more traditional one: taking money from a foreign power. As of this week, we now have a figure for how much the Washington Post and the Wall Street Journal have taken from China Daily, a state-run newspaper, since 2016. It’s $4.6 million, and $6 million, respectively. This is more than an order of magnitude greater than Russia is thought to have spent on Facebook advertising prior to the 2016 election.

There are other specific Russiagate disgraces one would be remiss to overlook, like star reporter Natasha Bertrand, who was hired at MSNBC after several appearances in which she repeatedly defended the accuracy of the Steele Dossier, which itself was likely tainted by Russian disinformation. The newspaper that published the Pentagon Papers defended the outing of a source to the FBI. How David Ignatius, considered America’s top reporter on the intelligence community, can show his face in public after he was allegedly told by James Clapper to “take the kill shot on Flynn,” and then two days later doing just that, is disturbing (Clapper’s spokesman disputes this account, but Ignatius has not). The scoop, that Flynn, the incoming national security advisor had spoken to the Russian ambassador, is in no way suspicious, but for weeks was treated as if Flynn was making contact with his handler.

What Russiagate amounts to, as Matt Taibbi among others have written, is the use of federal investigative resources to criminalize or persecute dissenters from the foreign policy line of what we here at TAC call the Blob, in the same way that the PropOrNot list amounts to an attempt to suppress unapproved sources of news.

Many of the same figures involved in prolonging the Russiagate hysteria were also big cheerleaders for the Bush and Obama wars. Before Russiagate, there was the Pentagon military analysts scandal, in which it was revealed that dozens of media commentators on military affairs were doing so without disclosing their connections to the Pentagon or defense contractors. It implicated Barry McCaffrey, Bill Clinton’s drug war czar, who is now an MSNBC contributor who helped to provide color for the narrative of General Flynn’s decline, suggesting he was mentally ill after he had initially been supportive of him getting the job.

In a certain sense, Trump provides journalists who have disturbingly cozy relationships with powerful people a way of looking like they are holding the powerful accountable, without alienating any of their previous friends. Trump is in fact one of the weakest executives in presidential history, partly because of the massive resistance to him in the federal workforce, but also because his White House seems powerless to actually do anything about that. That people actually think the dark cloud of fascism has descended upon the land when Trump can’t even figure out how to work those levers of power just shows how obsessed with symbolic matters—“representation,” they call it—our politics has become.

The subsequent failures of the American information landscape have only served to reinforce this dynamic. Both the self-inflicted economic catastrophe of the coronavirus shutdowns, and the recent civil unrest, will serve to concentrate wealth away from the hated red-state bourgeoise and into the hands of the oligarchs in blue states, including Jeff Bezos, the owner of the Washington Post. This bears repeating: COVID and the protests will lead to a large transfer of wealth from a reliably Republican demographic—small business owners—to one that is at best split, which is why you saw Jamie Dimon kneeling in front of a bank vault this week.

Untangling the question of intent is difficult in the best of circumstances, and the same is true here. The contrast between news networks ominously reporting on Florida beachgoers a month ago now cheering on mass gatherings in large cities may not in fact be due to the fact that the large consortiums that own the networks stand to benefit financially from the continued shutdown of the country. They may sincerely believe, along with public health officials, that balancing the risks of institutional racism and getting COVID-19 is worth discussing in relation to protests, but balancing the same risks when it comes to going to church or burying a family member is not. Or it may just be studied naivety, like the kind exhibited a few weeks ago when the whole New York media scene rushed to the defense of the New Yorker‘s Jia Tolentino, who played the victim after people on social media revealed that her family was involved in what certainly appears to be an exploitative immigration scam.

The rise of the first-person essay and subjectivity in journalism may turn out to be a perfectly congenial development for the powerful people in America; Tolentino is great at writing about herself. For one thing, this is a lot cheaper than reporting; it probably isn’t a coincidence that this development has coincided with a huge decline in newsroom budgets. But at the same time blaming this on economics feels like it misses the point, because there are many people who are convinced this trend is good.

But the way it intersects with official corruption has me rather nervous. To give one example, it seems clear that #MeToo degenerated after the Kavanaugh hearings and Biden’s nomination. And given the apparent loyalties of someone like David Ignatius, he isn’t going to be the one to unravel the intelligence connections involved in the great sexual violence story of our generation, the Jeffrey Epstein scandal. So we are left with the Netflix version, slotted right into the typical narrative, in which the Epstein story looks fundamentally the same as most other stories of sexual coercion, involving a powerful man and less powerful woman, only with an exceptionally powerful man. And yet there are so many indications it was not typical.

So it is today with George Floyd as well. It seems like there are perfectly reasonable questions to be asked about the acquaintance between him and Derek Chauvin, and the fact that the rather shady bar they both worked at conveniently burned down. But by now most of the media is now highly invested in not seeing anything other than a statistic, another incident in a long history of police brutality, and the search for facts has been replaced by narratives. This is a shame, because it is perfectly possible to think that police have a history of poor treatment toward black people and there might be corruption involved in the George Floyd case, which is something Ben Crump, the lawyer for Floyd’s family, seems to suggest in his interview on Face the Nation this weekend.

Two incidents in the last week, the freakout among young New York Times staffers over their publication of an op-ed by Senator Tom Cotton that has now led to the resignation of the editorial page editor, and the report by Cockburn that Andrew Sullivan has been barred from writing about the protests by New York magazine, are a good indication that all of this is going to get worse. As for the class of people who actually own these media properties, they will probably find that building a padded room for woke staffers, in the form of whatever HR and “safety”-related demands they’re making, will suit their interests just fine.