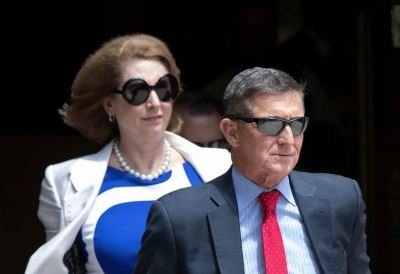 Sidney Powell is a national hero.

She took on Mueller’s dirty lawyers and went head-to-head with the swamp and won.

Now Twitter is trying to silence her as she puts the final nail in dirty Judge Sullivan’s coffin.

.@Jack Why in the world did @Twitter suspend my account and remove everyone I was following.
Your abuse of conservative and #patriotic free speech knows no bounds. Why no blue checkmark for me?@realDonaldTrump @ChuckGrassley @JennaEllisEsq @GenFlynn @Jim_Jordan @DevinNunes pic.twitter.com/e1JbaxLWJP

The suspension by @twitter of @SidneyPowell1 demonstrates just how wreak and scared the left is of strong, effective voices of dissent from their propaganda – especially if they’re women or minorities

How strange, anti-Trump lawyers like @MichaelAvenatti get verified and celebrity status while Conservatives get their accounts restricted.