17-Year-Old Boy Arrested in Hack of Twitter Accounts of Obama, Biden, Kanye West and Others 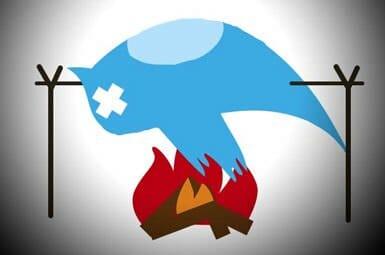 The hacker used the accounts to request money be sent to a Bitcoin wallet, which raked in tens of thousands of dollars in minutes.

It turns out a recent high school graduate was behind the Twitter hack.

“He’s a 17 year-old kid who apparently just graduated high school,” said State Attorney Andrew Warren. “But no make no mistake, this was not an ordinary 17-year-old. This was a highly sophisticated attack on a magnitude not seen before.”

A 17-year-old was behind the Twitter hack that gave him access to the accounts of Bill Gates, Barack Obama and many other celebrities with millions of followers, authorities say.

Graham Ivan Clark was arrested Friday at his Tampa apartment, according to the Hillsborough State Attorney’s Office.

Clark’s scheme was to steal the identities of prominent people, then post messages in their names directing victims to send Bitcoin to accounts he owned. The state attorney’s office said Friday that he reaped more than $100,000 in Bitcoin in just one day.

“This defendant lives here in Tampa, he committed the crime here, and he’ll be prosecuted here,” Warren said in an online news conference.

He added that Florida law gives prosecutors greater flexibility to try a minor as an adult in a financial fraud case.

Clark is facing one count of organized fraud of more than $50,000 and 17 counts of felony communications fraud, one count of aggravated identity theft, 10 counts of identity theft and one count for hacking and unlawful access to a computer in furtherance of a scheme to defraud, reported the Tampa Bay Times.