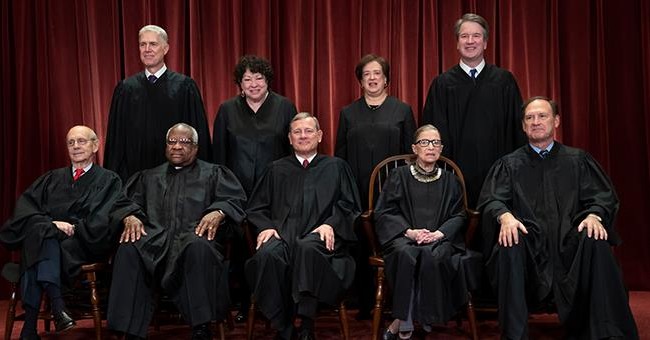 Well, this certainly goes agains the narrative Democrats are trying to push…

According to a poll take just a few days before Justice Ginsburg’s passing, a majority of Americans support filling a Supreme Court seat during an election year.

The Marquette University poll found that two-thirds of American adults — a whopping 67% — support conducting the Supreme Court confirmation process during an election year, while just 32% of respondents said they oppose it.

Among political parties, 68% of Republicans, 63% of Democrats, and 71% of Independents said they support holding hearings during an election year.

A whopping 78% of Independents and 84% of Democrats told Marquette University the move was the “wrong thing to do.” By contrast, 45% of Republican respondents said it was the “right thing to do.”

Unfortunately for Democrats, they will be unable to block whomever Trump nominates because Republicans enjoy a majority in the Senate.

Is Trump Worthy Of A Second Term?

So clearly, Trump’s attempt to fill Ginsburg’s seat will not result in him losing any votes from Republicans.

But we all know how Democrats will blow this entire thing up into a circus, just like they do with everything else.