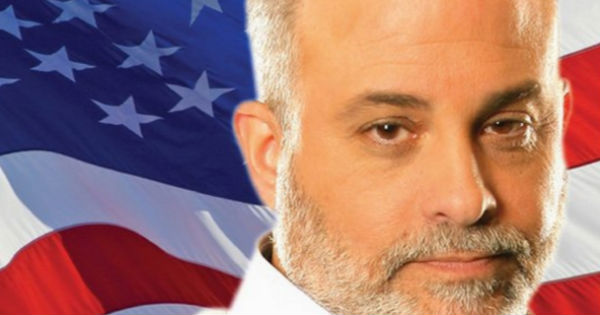 A couple of days ago, Dwayne “The Rock” Johnson – a self-proclaimed “independent” (yeah, right) endorsed a man who is one sneeze away from full-blown Alzheimer’s for president of the United States in a video that raised a lot of eyebrows…not so much for the content – it was predictably low-info type “Orange Man Bad” stuff, but for how weird The Rock looked.

Watch the video below:

As a political independent & centrist, I’ve voted for both parties in the past. In this critical presidential election, I’m endorsing @JoeBiden & @KamalaHarris.

Will you support sports teams that encourage or allow “Activism” on the court, track or field?

No, I will stop watching
Yes, nothing can tear me away from my sports
By completing the poll, you agree to receive emails from WayneDupree.com and that you’ve read and agree to our privacy policy and legal statement.

Levin wasn’t having any of this, he called out “The Rock” for being a self-righteous egomaniac and a clown, and said this endorsement is no surprise.

Of course it’s not a shock – The Rock is a Trump-hater.

MORE NEWS: Conservative Pundit Comes Up With a Brilliant Idea on How to Get Rid of Chris Wallace Once and For All

This is just more of the “Orange Man Bad” nonsense we’ve all become accustomed to over the past 5 or so years.

“1. Self-righteous egomaniac. And why should we care who another actor endorses?  What a surprise, he endorses the Democrats.”

“2. Well, then, let’s stop thinking for ourselves, no longer worry about the Republic, vote for a mentally incapacitated lifetime political hack, because “the Rock” is stupid enough to do so.  Uh, no.”

2. Well, then, let’s stop thinking for ourselves, no longer worry about the Republic, vote for a mentally incapacitated lifetime political hack, because “the Rock” is stupid enough to do so.  Uh, no.https://t.co/B7rEzavRiH

Levin then goes on to call “The Rock” a clown, by calling himself a ‘centrist’ yet supporting one of the most radical Democrat senators.

Here’s what he said:

“1. By the way, to show you what a clown “the Rock” truly is, he says he’s a centrist and Independent, yet he’s effusive in his support for Kamala Harris, who’s the most leftwing senator in the Senate (left of Sanders!), and was the most vicious”

“2. and vile hack of the bunch during Brett Kavanaugh‘s confirmation hearings.  This should make you even more active in re-electing President Trump.”

2. and vile hack of the bunch during Brett Kavanaugh‘s confirmation hearings.  This should make you even more active in re-electing President Trump.

The Rock did not mention one single policy during his goofy endorsement. This is all just “Trump bad, anyone else good” type stuff.

And really, who cares what celebrities say? They’re like the media now, no one takes them seriously and they’re widely mocked.

And speaking of “mocked”….Mr.Johnson got mocked and trolled big time for how he looked in that video.

Check out this hilarious photoshopped video, where someone gave Mr. Johnson quite a hefty “rack.”

Check out the RACK on the ROCK 😭😂 pic.twitter.com/4oAPya4ydl

This just goes to show what people think about these silly celebrities and their stupid endorsements.

These people have no clue how middle-America lives, feels, or what their needs are. They’re so far removed from reality and normal people.