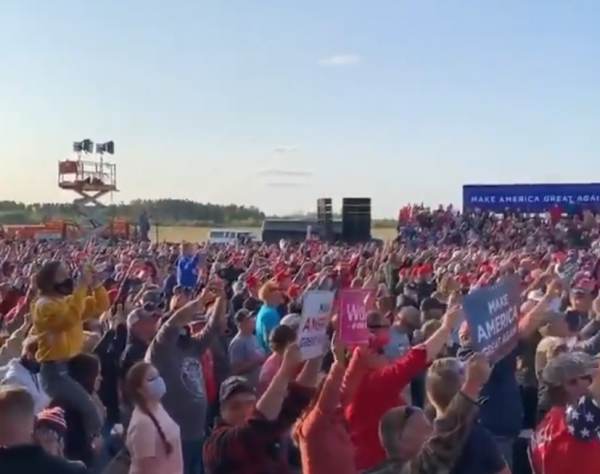 A massive group of Trump supporters decided to bring the rally to Trump as he heals up from his COVID diagnosis.

The YUGE group gathered outside of Walter Reed Hospital with flags, banners, and a sea of MAGA hats, chanting “USA, USA” for their America First President.

President Trump is being monitored by doctors at Walter Reed in the Presidential Suite. It’s quite a remarkable suite, complete with chandeliers, a dining room, and a kitchen, among other things.

How many Trump rallies have you attended?

And even more fun — here’s the crowd that gathered outside.

I know this will put a smile on everyone’s face.

Crazy TDS liberals will never understand the love the American people have for President Trump. He’s more than just a president. He’s our voice. He takes countless hits, day after day after day for us. He’s the one thing that stands between us and the vicious vile swamp that hates the very people who they claim to work for: the American working class.

The support President Trump gets is from the heart and it’s deep, raw, and real, and that’s why our wonderful POTUS will get through all of this and be reelected to run this great nation.