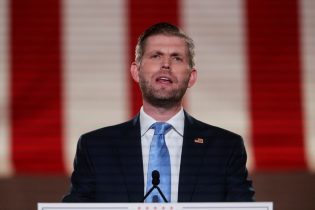 Trump has taken the country by storm with his YMCA dance.

Even the little anti-Trump TikTk commies are having fun doing the “Tump YMCA” dance.

2 weeks until we retire Joe Biden from politics! pic.twitter.com/aJRfM8elNr

Who peddles the most fake news on CNN?

Jake Tapper
Brian Stelter
Chris Cuomo
Anderson Cooper
Don Lemon
By completing the poll, you agree to receive emails from WayneDupree.com and that you’ve read and agree to our privacy policy and legal statement.

It’s just such fun and it really shows the “lighthearted” side of Trump that so many Americans miss out on seeing because the disgusting fake news media portrays him like the second coming of Hitler.

So, when I saw this video of a teenage boy with down syndrome wearing his MAGA hat doing the “Trump YMCA” I had to bring it to you.

But bonus points when I found that Eric Trump had seen it, and sent the young man a message…I also wanted to get that to you as well.

The young man’s brother posted the video of his sibling sitting on the couch in his MAGA hat watching a Trump rally.

MORE NEWS: [VIDEO] Fed Up Woman Asks Black Voters What They Want: “Ya’ll Like 47 Years of Bullsh*t? Maybe You Just Like Getting Your A** Whooped?”

Here’s what he said: “My brother has Down Syndrome and loves to watch Trump Rallies with me. Here he is dancing along with President Trump”

His brother also said that it would be a dream come true if his brother could meet President Trump. I really hope that happens.

And here is Eric Trump’s sweet message to the young man:

“Keep dancing bud! @realDonaldTrump will always fight for you!”

Keep dancing bud! @realDonaldTrump will always fight for you! 🙏🙏🙏 https://t.co/cpI0jGsifh

While the Democrats have a message of hate, violence, destruction, and anger, MAGA folks are all about patriotism, love, inclusion, and fun.

I think you’ll all agree with me, it’s very easy to choose which side to be on!