Biden Invents Yet Another New Word, To Join ‘Trunalimunumaprzure’ 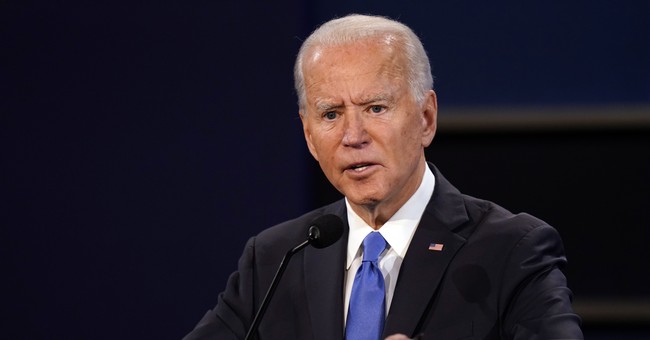 We’re in the final stretch before the election on Tuesday.

But Joe Biden is struggling to make it there.

As we reported a couple of days ago, he’s now inventing new words because of his incoherence.

He came up with a new word that we’re still trying to figure out what it means, “trunalimunumaprzure.”

But now there were two instances of the same kind of confusion.

Here’s Joe telling people that he doesn’t need them to help him get elected, that he needs them once he gets elected.

Joe Biden to voters: “I don’t need you to get me elected.” pic.twitter.com/UMTbN4l6zt

Then he came up with another new word, “Barack and I think it’s a right for people to have badakathcare.”

Joe Biden: “Barack and I think it’s a right for people to have badakathcare.” pic.twitter.com/UqWELjSAMN

What the heck is that? And where in the Constitution is badakathcare? Is that more important than the right of trunalimunumaprzure? And is Joe Biden even going to make it to Tuesday? He seems to be glitching more than a misfiring robot.

Interviewer: "Why do you think you're right for this job?"

Interviewer: "That makes sense. You're hired."

What is "badakathcare" and why do Joe Biden & Barack Obama think it's a right?pic.twitter.com/qoTheb6XHB

It’s comforting to know that @JoeBiden is fighting for your right to Trunalimunumaprzure Badakathcare. . . I mean, who knows what the hell any of that means, but he’s fighting for it so that has to count for something somewhere, even if that is only in Alternate Universe One. . . https://t.co/zO41hggh1X

Seriously, though, it does seem as though Biden is cracking in the stretch. Will Americans see it? Early voting is suggesting they they just might be getting it, no matter how much he’s tried to hide in his basement and no matter how much the media has tried to spin on his behalf. Let’s hope it continues that way for a very positive Tuesday.