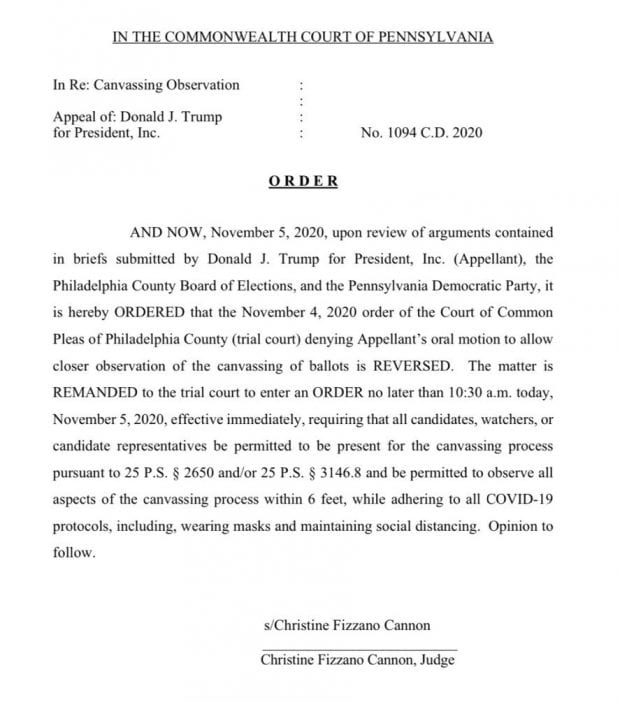 Democrat officials appear to be ignoring an order issued by a judge in Philadelphia Thursday morning that forced the counting center to allow Republican observers back in after having locked them out on Tuesday. The order also forced officials to allow observers to watch from 6 feet away instead of 100 feet or more as has been reported.

But clearly not wanting any transparency in the count, Democrats ran off to the State Supreme Court to kick the observers back out.

And the Democrats reportedly got their wish at Noon:

But, NOPE. According to the Supreme Court spokesperson, NBC’s Andrea Mitchell either got duped or just made it up:

Then at 1:30 p.m., the Dems actually bothered to file the appeal:

Prehaps hoping to delay entry until the appeal is heard, Democrat lawyers inside the Philadelphia counting center are on video ignoring the court order and preventing GOP observers from witnessing the count as ordered.

This is a developing story and will be updated throughout the day.

Content created by Conservative Daily News and some content syndicated through CDN is available for re-publication without charge under the Creative Commons license. Visit our syndication page for details and requirements.