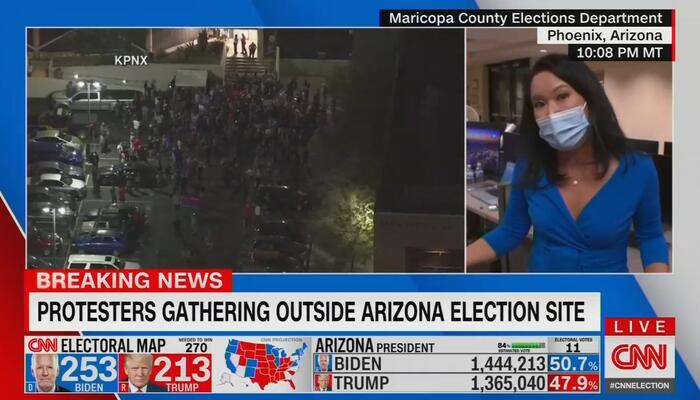 On Monday, Team Trump gathered in Arizona to present their evidence of “election fraud” to state legislatures.

Leading the pack is Matt Braynard – he’s a former Trump campaign official who is operating a group called Voter Integrity Project” or “VIP” and they’ve collected some very interesting data on dead folks who voted and people from out of state who voted.

Here’s a video that highlights what Matt and his team have uncovered.

MORE NEWS: [VIDEO] Crowd Cheers Wildly When Rudy Imploress AZ Lawmakers to “Save The Right to Vote in America”

Meanwhile, over on the “Team Dementia Joe” side of things, he got a whopping four people to stand outside and wave at his car as he drove to his Thanksgiving dinner.

Biden supporters wave as the president-elect’s motorcade heads to his beach house for #Thanksgiving pic.twitter.com/fII4OUsGW8

FOUR people…a man who supposedly got 80 million votes was only able to draw out FOUR people.

Does that make any sense to you?