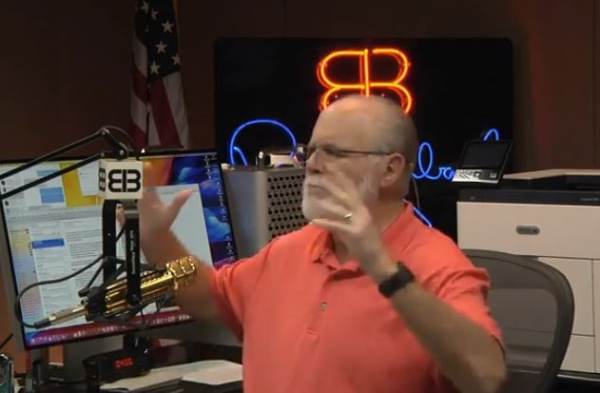 In practically every state that’s in question here, the secretary of state, like in Pennsylvania, Boockvar, whatever her name is, or other people within the government, lieutenant governor in some cases, the governor in others, took it upon themselves to arbitrarily change the way electors are chosen. The electors are the people who actually elect the president.

States convene on December 14th, and they conduct the tabulation of electoral votes, which follows the popular vote in each state. So the bottom line here is that constitutionally, if that’s the focus, then the U.S. Constitution has been violated wantonly here by these states. And Texas is saying that we’re not — let me be very clear about this too…

…The U.S. Constitution is hanging in the balance here because if these four states are allowed to get away with changing something as fundamental as how presidential electors are selected state by state, then the electors in our states are not safe. That’s why 17 states have joined Texas here. It’s all about the United States Constitution and maintaining it, maintaining its integrity, its primacy.

Now, these other states engaged in this activity because we all know what went on. We all know that they stopped counting at the same time. We all know these states were scared to death what was happening with Trump’s lead. They had to stop the count. They had to go find votes. And in the process they changed election law, and the State of Texas is try to make sure the Supreme Court understands the gravity of it.

Now, the opponents here says there’s nothing to see, this is not a serious violation, the court’s not even gonna take this case. That’s how weak it is. President Trump has asked to join Texas in the Supreme Court bid to undo the Biden win, although the people will tell you in Texas that’s not what they’re actually aiming to do. That could be a by-product, but it’s not the reason they’re doing.