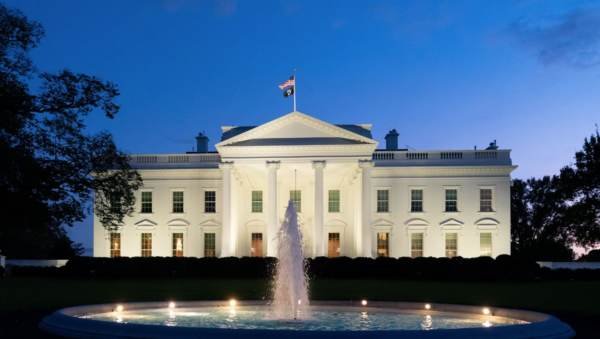 Dan Scavino just put out a post on social media that has conservatives clamoring for more information.

In this incredibly cryptic post, Scavino shares a photo of the Oval Office, claiming that when this photo was taken it was a “historic” moment.

Unfortunately that’s all Scavino can share at this time, adding in the post that he’ll explain it when he can.

From @DanScavino over on fb. Wow

RELATED: Kayleigh McEnany Destroys Biden’s Claims of an ‘Assault’ on Our Democracy With Three Brilliant Points

Like one user pointed out, this definitely looks to be in summer, however, it’s hard to say what year this could be.

I recognize POTUS, VP, and Dan. And it appears to be spring or summer. Thats all I could figure out.

Regardless, this image has really captured peoples attention and many are very eager to know what happened here.

Ah geez… now you have me very curious!!

It’s time and we are all ready! Bring on the EO of 2018. We have checked off all criteria in the order! #StopTheSteal2020

It looks like some are thinking this is on Trump’s executive order on imposing sanctions in the event of foreign election interference.

That could quite possibly play a big role into our most recent election.

Section 1. (a) Not later than 45 days after the conclusion of a United States election, the Director of National Intelligence, in consultation with the heads of any other appropriate executive departments and agencies (agencies), shall conduct an assessment of any information indicating that a foreign government, or any person acting as an agent of or on behalf of a foreign government, has acted with the intent or purpose of interfering in that election. The assessment shall identify, to the maximum extent ascertainable, the nature of any foreign interference and any methods employed to execute it, the persons involved, and the foreign government or governments that authorized, directed, sponsored, or supported it. The Director of National Intelligence shall deliver this assessment and appropriate supporting information to the President, the Secretary of State, the Secretary of the Treasury, the Secretary of Defense, the Attorney General, and the Secretary of Homeland Security.

(i) the extent to which any foreign interference that targeted election infrastructure materially affected the security or integrity of that infrastructure, the tabulation of votes, or the timely transmission of election results; and

(ii) if any foreign interference involved activities targeting the infrastructure of, or pertaining to, a political organization, campaign, or candidate, the extent to which such activities materially affected the security or integrity of that infrastructure, including by unauthorized access to, disclosure or threatened disclosure of, or alteration or falsification of, information or data.

Well this is definitely interesting.

It’s hard to know when this was posted by Scavino on Facebook as he’s supposedly banned.

But regardless, it’s coming back to our attention now for some reason.

Not a Trick: No White House Treats for Halloween This Year