Trump VS.The Virus From Start To Vaccine While Omar Blames Him For Her father’s Death 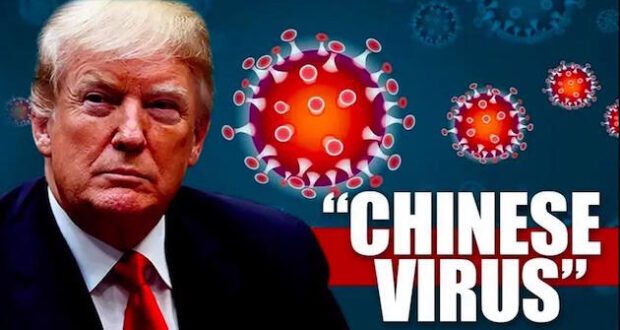 During an interview on Thursday with MSNBC, radical-left Representative Ilhan Omar blamed President Donald Trump for her dad’s death because of “dangerous criminal neglect by Trump and his administration,” and adding, “We have to investigate and prosecute these people who are responsible for these reckless deaths.”

Omar’s dad had died in June after he came to the United States from Kenya.

Omar said, “I lost my father on June 16. I remember my dad was in Kenya, he came back into the U.S. when Covid hit because he thought he was going to be safer here. My father and over 300,000 people have lost their lives to Covid because of dangerous criminal neglect by Trump and his administration, and I agree with Clyburn that it is not enough for us just to issue subpoenas, we have to investigate and prosecute these people who are responsible for these reckless deaths.”

“My father should be here today, so many of our family members should be here today and they’re not here with us because we had leaders who didn’t care about their lives,” she said.”Our president today has not shown an ounce of compassion to the people who have passed away,” Omar continued. “He still has not acknowledged the devastating loss so many of us are feeling.

What a crock!!! Omar, you are responsible for your father’s death. You should have been there taking care of him rather than running your mouth.  She could care less about her father, useful only as fodder for the propaganda machine. Omar is here illegally. She is funneling hundreds of thousands of campaign money to her new husband. She should be in jail.

Trump has more compassion in his left pinky than she does in her whole Muslim body. Trump has done more for this country than any president and all the presidents combined with over 300 accomplishments. Ilhan Omar is an enemy of America. She is o blinded by her hate for Trump that she, like most Dems, blames him for everything while they do nothing. He could cure cancer and walk on water and they would still hate him. What Omar says here is so far out there and devoid of any facts. If she would open her eyes instead of listening to fake news CNN and MSNBC and the rest of the destroy Trump fake news media she would see that Trump is the only one who has done anything about this virus from the first death in January up until the vaccine which they all said would be impossible to have by the end of the year.

Governor Cuomo asked Trump for 40,000 ventilators. When Trump got them for him Cuomo discovered he had a whole warehouse full of them he didn’t know he had so Trump redistributed them to whoever needed them and the leftovers went to friendly countries who needed them,

Trump was able to get the two hospital ships “Comfort” and “Mercy” here in record time when critics said it couldn’t be done, one on the east coast and one on the west coast to use for covid patients. He also set up the Javits Center in New York City with 3000 beds for patients after the hospitals were full. Gov. Cuomo instead of using these facilities shoved patients into nursing homes and 30,000 patients died.

Trump got the U.S. Army to set up makeshift hospitals all around the country for covid patients.

Trump rushed through a vaccine under the heading Operation Warp Speed and said we would have a vaccine by the end of the year. All these Dems and pundits said “impossible,” and “that’s highly improbable as it would take at least two years” and here we are with a vaccine being distributed now.

And where were all the Dems while this was going on? Why they were sitting on their hands thinking of ways to impeach him. The public be damned.

And now Omar has the gall to accuse Trump of neglecting the people and causing her father’s death?

These Dems are the same ones who have reduced the next stimulus checks to $600 from the $1200 Trump wanted. Yes, Nancy Pelosi and Chuck Schumer asked for two trillion in this package to go to their program plus illegals who don’t deserve it.

The democrat party is almost always calling for someone to be tried, reeducated, or punished for one reason or the other. We talk about this stuff but if we are not careful next thing you know they will steal a presidential election or something! Oh, Wait!!!