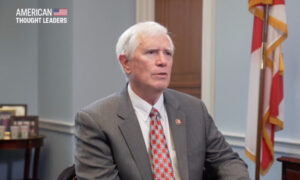 The GOP has really been asleep at the wheel for that past month or so.

When Trump has needed them the most, most Republicans have either come out to shame him or even worse, just completely ignore him.

MORE NEWS: Newsmax’s Greg Kelly Compares Trump to US Hockey Team “Do You Believe in Miracles?”

But it looks like some more Republicans are finally emerging from their caves and are gearing up to fight.

According to Rep. Mo Brooks, there are dozen of House members that intend on challenging the electoral vote on January 6th.

Representative Mo Brooks (R., Ala.) said Monday that “dozens” of House Republicans may object to the Electoral College results on January 6 when Congress meets to tally the votes.

Brooks claimed there is “overwhelming” and “compelling” evidence of “serious voter fraud and election theft” in the election, which President-elect Joe Biden won with 306 electoral votes to President Trump’s 232 votes.

“There are dozens in the House of Representatives who have reached that conclusion, as I have,” Brooks said in an appearance on Fox & Friends. “We’re going to sponsor and co-sponsor objections to the Electoral College vote returns of Michigan, Wisconsin, Pennsylvania, Georgia, Arizona, Nevada and maybe more depending on where we collectively want to go.”

It remains to be seen whether any senators will join them in objecting to the results, Brooks said, as Senate Republican leaders have cautioned their members against joining the effort.

House members need support from at least one senator for the objection to be heard and debated.

House Republicans may be able to force a vote on certification of the election, though the effort will almost certainly fail in the Democrat-controlled body.

Who peddles the most fake news on CNN?

Well it’s good to see that more Republicans have actually grown a pair and are ready to challenge the results of this election.

Though you do have to wonder if some are only doing it to secure their positions….