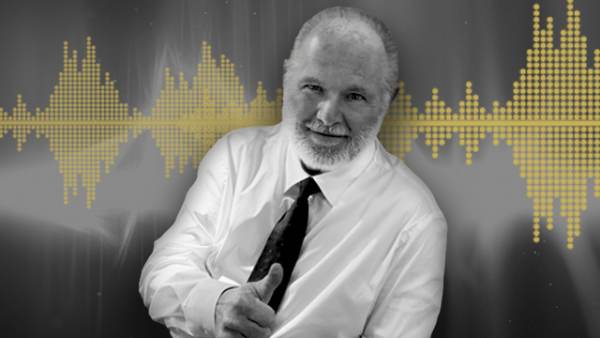 I am heartbroken to report that Rush Limbaugh – the man who helped build this amazing conservative movement, and who stood by President Trump when so many Republicans turned on him – has passed away after a long battle with cancer.

I wanted to share with you some of the beautiful things being said about him.

MORE NEWS: Actor Dean Cain Has a Savage Message For Biden and His 8-Foot-High Security Fences

Here’s a message from his wife:

Here’s the audio of Rush Limbaugh’s wife Kathryn behind the golden mic of the Rush Limbaugh show today to announce Rush’s passing: pic.twitter.com/hEezQuoDex

Do you think Kellyanne and George Conway are in cahoots against Trump?

Yes, something seems off, they must be working together
No, Kellyanne is a loyal and devoted advisor to the president
By completing the poll, you agree to receive emails from WayneDupree.com and that you’ve read and agree to our privacy policy and legal statement.

And a statement from President Trump:

BREAKING: President Trump on Rush Limbaugh: “He was special. He was very brave. He was fighting to the very end. He’s a fighter. Rush is irreplaceable, unique. He had an audience that was massive.”

The marketplace he created is so crowded now it’s hard to appreciate the impact he made, but so many of his callers opened with how grateful they were just to be represented that he asked people with those sentiments to say “Dittos” instead to save time.

His talent was on loan from God, and today he returned it to his maker — and now, he will spend eternity basking in light and love.

Rush Limbaugh changed the hearts and minds of so many Americans with his commentary and insight.

His great voice will be so deeply missed, but his impact will live on forever.

I’m so glad President Trump was able to honor him with the Medal of Freedom while he was still here!

Rush Limbaugh, undisputed king of talk radio. Original snowflake melter. Triggering feminazis before it was cool. RIP to the best of the best. pic.twitter.com/OrHDo7Wtz4

Love you, Rush! The greatest radio man in history. An absolute master of the craft. And a brilliant hero to many. If you didn’t listen to him, or only heard him in selectively edited snippets from the hostile media, you won’t understand. pic.twitter.com/W2h8BcwbC1

We are all Dittoheads today!

Sorry to hear of the passing of Rush Limbaugh. A man who I once disagreed with on almost everything, who, over time, I began to agree with on most everything. But politics aside, a true pioneer in communication and media.

RIP. More than any single person, Rush Limbaugh helped break the left’s monopoly in the media. The left is still dominant, but not to the extent it was before he came along. He waged a brave struggle against deafness and later, the cancer that killed him. He was a giant. https://t.co/en5VQ9yCnW

The target of incalculable coordinated efforts by the Left to shame his sponsors and get him off the air.

Rush Limbaugh beat them every time.

He was the uncancellable host with twenty million weekly listeners and a golden microphone. The voice of the voiceless. A champion. 🇺🇸

Throwback to this moment. 🙏🏻

I worked, saved and bought my first house for 100 grand in 94 in Sanford Fla. When I closed, I laid on the floor in an empty structure except I had a radio. I was staring at the ceiling in unbelief that I’d bought a house. I was listening to Rush in the background. I’ll miss him.

God bless Rush Limbaugh and his family. He has been one of the strongest conservative voices for decades. He has inspired so many Americans, including myself. May he FOREVER Rest In Peace.

The left is celebrating Rush’s death in ways that are so shocking and sickening, I refuse to share them right now…Maybe later, to make sure we all see how evil and disgusting they are, but not right now.

This is just for Rush.

Rest in peace, great one.