20 Things That Caught My Eye Today: On the Prospect of Losing Lebanon, Why Jack Phillips Didn’t Bake the Cake, J&J Vaccine Raises Health Questions about the Pill & More 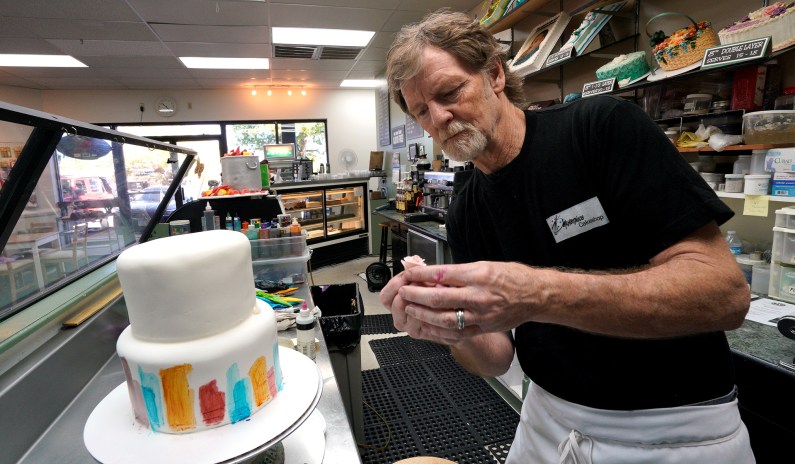 Imparting a first priestly blessing upon my sister today after my ordination. pic.twitter.com/IxuksCYeeS

3. “To lose Lebanon is to lose the only Middle Eastern country where Christians live in peace and equality”, says Maronite Catholic Patriarch Béchara Boutros Raï.

4. James Kirchick: Trying to make Israel vs. Hamas about race is nonsensical and dangerous

6. When the Mob Came for the Jews of Baghdad: 80 years ago today, Baghdad mobs started a massacre of Iraqi Jews in the country’s capital, leaving just four known Jews in Iraq today.

We’ll deliver The Capital Note to your inbox each weekday. No charge.

In November 1943 she was deported to #Auschwitz and murdered in a gas chamber. pic.twitter.com/DNthDgze3U

8. A Vaccine Side Effect Leaves Women Wondering: Why Isn’t the Pill Safer?

Our lawmakers are absolutely pathetic. https://t.co/SrwPglrMIV

Joe Biden once said, "Don’t tell me what you value, show me your budget, and I’ll tell you what you value." Sadly, this administration does not value human life nor does it represent the wishes of mainstream America on such a critical issue. pic.twitter.com/0iNrIhbEyL

This short video was made by a friend of mine about her daughter who was born with spina bifida. She and her husband were tortured to abort after the prenatal diagnosis. Yes, Mia is paralyzed, but she is a beloved child of God.
Esta es Mía https://t.co/5fjO2MOKgI via @YouTube

Matt Feeney, author of the probing new book Little Platoons: A Defense of Family in a Competitive Age, finds a similar state of grace in the domestic life he shares with his wife, Juliet, and their three children. The family, he writes, is an “irreplaceable zone of human connections,” one that offers a distinctive experience of privacy, intimacy, and tribal solidarity in an atomistic, hyper-individualist culture. No doubt, many people will find his sense of these things as mystifying as they do [Elizabeth] Bruenig’s. Since World War II, the bourgeois family has been given the stink-eye by the progressive forces of feminism, sociology, and academic theory. Magnified by the pandemic, those forces continue to overstock the Internet with first-person complaints about thoughtless husbands, women’s frazzled work-life nerves, capitalism’s anti-family time suck, laissez-faire social policies that fail parents in every way imaginable, and the isolation inherent in the nuclear family model. Feeney agrees that our current cultural arrangements are poison to a thriving family life, but his grounding in political philosophy and sharp skills of observation lead the reader into a discussion simultaneously subtle and weighty.

According to the NY Post, Rashad Turner said in a recent video:

“I believed the organization stood for exactly what the name implies — black lives do matter,” he said in the video for TakeCharge Minnesota, a group opposing the idea that systemic racism is to blame for problems in US society.
“However, after a year on the inside, I learned they had little concern for rebuilding black families,” he insisted.

15. Pope Francis says his June prayer intention is for those preparing for marriage, the beautiful “vocation born from the heart.”

“My hesitation was not with the men making the request. My objection is never to the person, the customer, asking me to create a cake with a particular message. My objection—in this case—is to the message itself. I can and cheerfully will serve anyone. I cannot and won’t communicate every message…

I have no illusions of being in the same league as Michelangelo, Shakespeare, or even Norman Rockwell. But I do have this much in common with each of those guys, and with every other craftsman who ever lived or worked, whatever his medium. Number One, I take my art seriously. Number Two, I want others to appreciate it. And Number Three, I want that work to communicate a clear message to those who do take time to appreciate it.”

17. Brazilian boy who painted pictures of saints to help pay for his medical treatment dies
18.  Why was “Joan of Arc” Mark Twain’s favorite among all his many books?

We find almost nothing like the vernacular sparkle or outrageous humor of Twain’s better-known works. His research is meticulous; his prose remains predominantly serious, even reverent, as he crafts a novelistic biography of the girl known as the “Maid of Orleans.” What’s more, Twain claimed Joan of Arc as his favorite among all his many books, and insisted in his autobiography, “I wrote the book for love, not money.” It’s a massive novel, and one that took him—by his own estimates—over a decade of research and preparation. And on every page we find the author’s utter admiration for this visionary Catholic saint.”

19. This mom of 6 has perfect reply to passengers who complain about kids on flights

20. Daverius Peters was blocked from graduation for his shoes. A teacher gave him the shoes off his own feet.