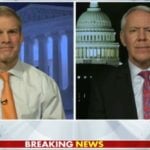 “Big Tech has abused its dominance in the marketplace to crush competitors, censor speech, and control how we see and understand the world,” Buck said in a statement announcing the series of five bills proposed after the subcommittee completed an 18-month bipartisan probe into big tech influence. The nation’s antitrust laws have not seen significant reform in nearly 100 years, according to Buck’s office.

The sweeping package includes new powers and funding for the Justice Department (DOJ) and Federal Trade Commission (FTC) to enhance oversight with greater ability to sue platforms found to dominate online marketplaces. Each agency for example, would designate companies that generate $600 billion in revenue with at least 500,000 U.S. users as “covered platforms” subject to a new layer of regulations on data, acquisitions, and corporate conduct.

One bill, the “Ending Platform Monopolies Act,” sponsored by Buck, with Republicans Madison Cawthorn of North Carolina, Lance Gooden of Texas, and Democrat Pramila Jayapal of Washington, prohibits dominant platforms from giving their products preference in their own search engines. That would bar Amazon from promoting Amazon products above all others on its colossal online retail store, for example.

Another bill requires online platforms to establish avenues for consumers to transfer data from one service to another, just as one would carry a cell phone number from Verizon to Sprint.

While Buck’s legislative package has drawn endorsements across the political aisle from former House Democrat impeachment managers to Republicans Matt Gaetz of Florida and Burgess Owens of Utah, it’s also drawn scrutiny from many others on the right, including in GOP leadership and Ohio Republican Jim Jordan.

In an interview with The Federalist, Jordan characterized the legislation as a trap that would empower tech elites to conspire with bureaucrats who share sympathy for a monopoly on truth through conservative censorship.

“This is going to let big tech companies collude with big tech companies to do further harm to conservatives,” Jordan said. He faulted the legislative package put forward by a staunch ally in the conservative Freedom Caucus for its absence of anything to do with censorship. Out of the five bills proposed, none deal with Twitter or online suppression of dissident views.

Jordan centered on the expansion of the FTC’s authority in particular, now led by Lina Khan, who was sworn in Tuesday last week.

“These bills give power to the FTC, the new commissioner we all know is radically left,” Jordan said, highlighting Khan’s prior work for congressional Democrats. “I don’t really think it breaks up big tech and I don’t think it gives a remedy to people who are censored.”

While branded as big tech sympathizer, however, Khan has been a longtime antagonist of the Silicon Valley elite. Her confirmation was supported by Missouri Republican Sen. Josh Hawley, a chief crusader against big tech influence.

Others in House Republican leadership remain skeptical of Buck’s proposals for similar reasons to those Jordan raised, putting too much faith in the un-elected administrative state to effectively regulate without tackling the issue of censorship.

“Big Tech censors conservatives and silences views not rubber-stamped by the Washington elite,” an unnamed source complained to Fox News. “Giving Washington bureaucrats in the Biden Administration this kind of immense power will not fix Big Tech’s problems.”

“The House Republican plan to confront big tech won’t be influenced by anything other than the commitment to free speech and free enterprise,” Bednar said.

Jordan pointed to recent revelations from Dr. Anthony Fauci’s published emails that exposed the National Institute of Allergy and Infectious Diseases (NIAID) director working with Facebook to dictate coronavirus information on the platform as reason to be concerned about a forged allyship between the federal bureaucracy and big tech.

Buck rejected the criticisms in a separate interview with The Federalist Monday.

“In my view the only way to address censorship is by breaking up monopolies,” Buck said, arguing new antitrust regulation is a prerequisite to protecting an open marketplace of ideas. “Big government caused this problem. They gave big tech an antitrust amnesty for years and the result is that we have a serious problem with monopolies.”

Buck said his proposals seek to provoke a consumer response to increase competition, whereas the absence of government involvement fostered the environment that exists today.

“These bills aren’t big government coming in and causing harm to any company,” Buck told The Federalist.

Jordan said any proposals to curb Silicon Valley’s accelerating influence “have to do both,” targeting monopoly market power and online censorship in the 21st-century digital public square.

Buck emphasized he’s open to any proposal dealing with big tech censorship that may emerge from the House Energy and Commerce Committee, but maintained “the answer is to address the monopoly situation.” Then, Buck said, third-party liability protections afforded to today’s tech giants under Section 230 of the 1996 Communications Decency Act would lose its relevance in the presence of online variety.

The two power-player allies in the House Freedom Caucus have sparred on the solutions to big tech influence before. Last fall, the two Republicans previewed the legislative debate playing out today when each released competing reports at the conclusion of the Judiciary Committee’s investigation into Silicon Valley’s empire.