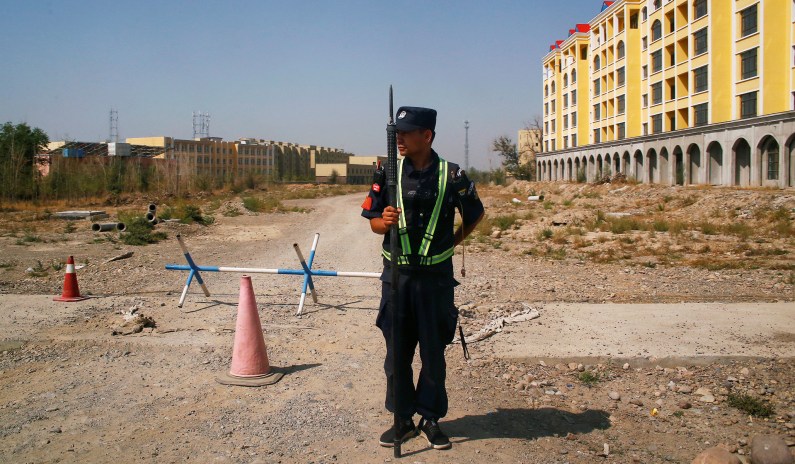 “The United States prides itself as a beacon of human rights, but it doesn’t have any intention of ending the serious discrimination against American Muslims,” writes the state-run media institution of a government running concentration camps and a campaign of genocide against a Muslim population.

The U.S. State Department issued its annual report on ongoing genocides this week, and regarding China, the report declared:

The People’s Republic of China is committing genocide and crimes against humanity against Uyghurs, who are predominantly Muslim, and members of other ethnic and religious minority groups in Xinjiang. The crimes against humanity include imprisonment, torture, enforced sterilization, and persecution. In July 2020, Treasury sanctioned two PRC government entities and six current or former government officials in connection with serious human rights abuses in Xinjiang. In March 2021, Treasury alongside the European Union, the United Kingdom, and Canada sanctioned two PRC officials in connection with serious human rights abuses. The United States in July 2020 issued the Xinjiang Supply Chain Business Advisory to highlight risks for businesses with exposure to entities engaged in human rights abuses in Xinjiang, including the use of forced labor. Then-Secretary Pompeo designated China as a Country of Particular Concern in 2020 for severe violations of religious freedom.

Over at the State Department, spokesman Ned Price contended that the U.S. government officials’ willingness to discuss how the country hasn’t lived up to its own professed values ought to strengthen U.S. criticism of human rights abuses, not undermine it.

“Without commenting on what sounds like the PRC playbook, that we have been very clear that as part of our commitment to human rights – our defense, our promotion of human rights around the world – that as a confident democracy, as a country that is comfortable and confident in its standing, we can be open, we can be transparent about where we have veered off course, where we have not met the ideals that – towards which we strive every day,” Price said.

Here’s hoping that’s the case. But brutal authoritarian regimes undoubtedly prefer a world where citizens of free societies spend a lot of time discussing and lamenting their own failures, and never quite get around to getting that fired up about the ongoing extermination of an entire culture in another country, to the point where the Turpan Public Security Bureau is thanked in the credits of a Disney film, generating only mild controversy.