Australia Will Recover From Lockdowns, but at the ‘Expense of People’: Shark Tank Investor 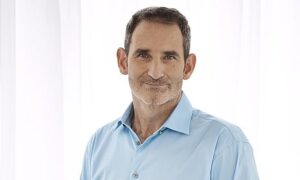 Tech investor and star of reality TV series Shark Tank, Steve Baxter, says Australia’s economy will weather the repeated COVID-19 lockdowns, but argues that the restrictions will leave a permanent scar on communities and small businesses.

Speaking to The Epoch Times, Baxter said that while economic recovery was likely, he was doubtful whether the same small business owners would remain.

“You know, there is real damage being done here, and that doesn’t repair easily. It’s important not to understate that. It will come back, but it will definitely come back different,” he said.

Baxter added there had been a shift in the business environment as many companies moved online for many businesses, but noted that; “It’s coming at the expense of people.”

“You know, value shifting to Amazon and Microsoft and all the rest of it, that doesn’t help the businesses that used to be on the main street (small retail businesses),” he said. “Well, you could say: ‘That’s just how things go.’ But that’s a massive amount of social upheaval in a very short period of time.”

Baxter said there were parallels with Prime Minister Scott Morrison’s unexpected election victory in 2019, which was partly credited to voter resistance against progressive policies—proposed by Labor—aimed at curbing mining activities.

“People just talk about shutting down all these industries they don’t like, essentially, extractive industries,” he said. “They just didn’t know there were people there. They weren’t pieces of timber to be pushed around on a chessboard. They were people who actually make their own decision and more importantly, vote.”

Greater Sydney had been under a five-week lockdown due to an outbreak of the Delta variant of the CCP (Chinese Communist Party) virus, commonly known as the novel coronavirus. On July 28, this lockdown was extended by another four weeks, with the government citing low vaccination rates.

The Institute of Public Affairs estimates the lockdowns cost the state of New South Wales 10,000 jobs per day.

Mental health and suicide prevention service Lifeline Australia also recorded its highest ever number of calls on Aug. 2, attributing the numbers to the Sydney and Brisbane lockdowns.

Despite the damage COVID restrictions cause businesses, the moves have helped state leaders win over public opinion, with many Australians crediting them for their “handling of the pandemic.”

Over the past year, incumbent premiers in Queensland, Western Australia, Tasmania, and the Northern Territory won decisive electoral victories as a result, despite some leaders presiding over struggling electorates.

Baxter said the federal government’s JobKeeper program helped cement the notion that lockdowns were a sustainable and viable response to the pandemic.

“JobKeeper was the worst thing for this country ever,” he said. “JobKeeper gave people the impression that we can do all this.”

JobKeeper was a one-year program that ran from March 2020 to March 2021 and offered a range of fortnightly support payments to businesses and employees across the country. The estimated cost of the program was $90 billion.

However, the federal government’s full response to the pandemic was estimated to cost $311 billion and will see the country’s debt expand to $2 trillion by 2024-25 (80 percent of GDP). This does not include the accumulated debts of the states and territories.

“We’re kicking the financial impact 20 years down the road, right?” Baxter said. “It’s our kids that are going to pay for this.”

“If the current generation of young people hated (Baby) Boomers for what they’ve supposedly done to the housing market and pricing them out, wait until they start paying for this bill. Another reason to hate them.”

Baxter said governments needed to encourage Australians to learn to “live with the virus” as constant attempts to eliminate transmission was unfeasible.

“At some point the conversation needs to be that even when we reach the vaccination threshold, we are still going to have those infections and deaths. And if we can’t get people accustomed to that, then there is no way out of this,” he said. “Well, there is, and that is when people stop lending us money.”