Google plans to purchase a Manhattan office building for $2.1 billion, the most expensive for any single US office building since the virus pandemic began, according to WSJ.

The deal for the St. John's Terminal building in the Hudson Square neighborhood of Manhattan comes as the tech giant already leases the building and plans to exercise the option to buy in the first quarter of 2022. 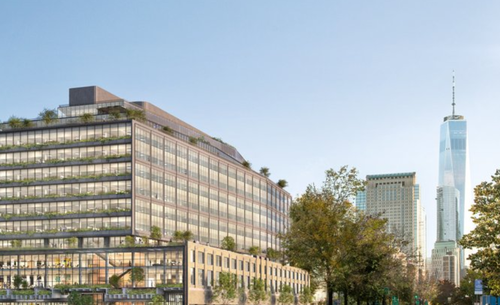 The plans add to Google's massive footprint in Manhattan. The company previously announced it would invest $250 million into the metro area to expand its headcount from 12,000 to 14,000 over the next few years.

"Our decision to exercise our option to purchase St. John's Terminal further builds upon our existing plans to invest more than $250 million this year in our New York campus presence. It is also an important part of meeting our previously announced racial equity commitments, which include continuing to grow our workforce in diverse communities like New York," Google said in a blog post.

The site will be Google's most prominent office outside of California, coming in at 1.7 million square feet. The deal is a positive sign for commercial real estate in the metro area, beaten down during the virus pandemic. Still, most of the company's workforce remains remote and may not return to the office until January.

Google also seems unphased by the real estate turmoil in China, where the possible default of the country's largest property developer, Evergrande, could be imminent and ripple through property markets.