The Culture War Is The Big Tent 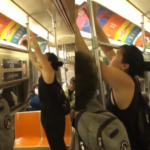 Reeling from Barack Obama’s reelection in 2012, the Republican Party published an autopsy report at the request of then-chairman Reince Priebus. In corporate pastels, the document recommended Republicans moderate on social issues in order to be more “welcoming and inclusive.” Then came Donald Trump. Then came 2020.

In retrospect, the autopsy’s contention that Republicans needed to rebrand as the “Growth and Opportunity Party” is quite funny. If you were paying attention, it was quite funny then too.

Why? I think my friend Inez Stepman put it perfectly during a recent podcast. “The culture war is the big tent,” she said. This inverts the GOP’s donor-approved conventional wisdom, but it is absolutely true.

Again, if you were watching our culture closely ten years ago (see: Angelo Codevilla), you understood this long before the Trump era. Slower learners needed the Trump moment to see this more clearly. It’s also true that Democrats’ wild reaction to Trump pushed them even further left on cultural issues, which made the state of affairs even more obvious.

Watch this video of a woman tearing obscene OkCupid ads off the walls of a subway car as it careens through New York City. As of this writing, I do not know who the woman is. The video could be staged, but there’s no clear reason or evidence of that at this point. It appears authentic.

“This is propaganda,” the woman says. “It’s never going to go away until we the people say we don’t want this anymore,” she adds later, having recruited a couple other passengers to help tear the ads down.

Nonpartisan parents around the country are resisting the excesses of LGBT ideology and critical race theory. The issue transcends the narrow borders of identity politics. I still think the “realignment” will ultimately prove impossible, but it’s quite clear that there’s political capital to be gained by Republicans leaning into the culture war. The left pushed too far, too fast, and Democrats are now under the thumb of cultural radicals in politics and media, left to defend and promote an ideology that offends most of the country.

Look at the results of this recent poll from the Minneapolis Star Tribune. There is little support for reducing the size of the city’s police force. You’d likely find that opposition to such measures actually animates voters as well.

The groups who most want to reduce the size of the Minneapolis police department are young white college grads. But it doesn't even get a majority there. pic.twitter.com/BU8IPRErPO

Democrats are out of step with the public on many high-profile questions, some of which they can’t ignore because the party establishment is culturally radicalized and demands they actively promote far-left priorities. Republicans who find that “socialism” polls poorly in the suburbs should recognize those results don’t speak to fears about the national debt. The label has a cultural connotation about creeping radicalism that can’t be tapped into with platitudes about free markets.

Not all culture war issues are politically expedient (although that doesn’t mean conservatives should budge on them). But contra the 2012 autopsy, standing against the excesses of cultural leftism and actually fighting back will bring voters into the GOP, not repel them. More importantly, of course, it’s a moral imperative with urgent stakes.

‘What if Trump’s Grip on the GOP Isn’t as Strong as It Seems?’

‘What if Trump’s Grip on the GOP Isn’t as Strong as It Seems?’