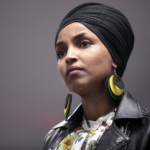 In the time it took you to click on the link to this piece and finish reading this sentence, you’d already be dead. 15 seconds. That’s how long Israelis living Gaza border towns have to get themselves, their infants, their spouses, their elderly parents, out of the shower, the bedroom, the bar, or the supermarket, and into the shelter. 15 seconds.

It’s longer, but not by much, for Israelis living “farther” away from Gaza — I put farther in quotation marks because most people don’t realize how tiny Israel really is. At its narrowest point, the width of the country is a mere 9 miles. It’s roughly the size of New Jersey. You could drive from the North to the South in less than a day. And walking, you could cross the country in 3 hours. So Israelis living “farther” from Gaza might have, let’s say, 60 seconds to grab their children and run to the nearest shelter.

They wouldn’t have time to grab diapers, snacks, or drinks, so the enterprising among them will have packed a go-bag and left it by the door. If I’m making it sound like Israeli civilians live in war zone, it’s because they sometimes do.

Much of this anguish has been mitigated by the Iron Dome air defense missile system. The Iron Dome is a defensive system that counters incoming rocket fire. When Hamas — which the U.S. designated as a foreign terrorist organization in 1997 — fires thousands of rockets at metropolitan areas with the goal of killing and maiming innocent men, women, and children, the Iron Dome detects and intercepts those rockets. In other words: it is often the one thing standing between terrorists and their would-be victims.

President Biden signaled his commitment to replenishing Israel’s Iron Dome batteries (which are much-depleted thanks to Hamas’s ceaseless rocket barrage this past May) both during the latest round of fighting and again, just last month, during his meeting with Prime Minister Naftali Bennet.

There’s a lot hippy-dippy “peace and security for both sides” language that the left typically employs.  This Iron Dome funding is a good litmus test that proves that for the leftist Squad and their ilk, a lot of that is pure and complete fabrication. People who want peace and security for all peoples would have no issue funding a defensive missile system. But in the end, their problem with Iron Dome isn’t that its defensive — it’s that it’s defending Jews.

But despite their machinations, the funding passed its first hurdle Thursday, with the help of Congressional Republicans. The House voted overwhelmingly (420 in favor, 9 opposed) to replenish the Iron Dome missiles. This is great short-term news because it means Israel will have no trouble restocking the system with the batteries needed to intercept Hamas’s rockets. But it cures nothing in the long term.

Progressives have once again proven that they can hold the Democratic Party hostage. And despite the fallout from the original vote, nine members of Congress voted against saving the lives of Israeli civilians. Those people are: Cori Bush, Andre Carson, Jesus Garcia, Raul Grijalva, Thomas Massie, Marie Newman, Ilhan Omar, Ayanna Pressley, and Rashida Tlaib.

Remember those names. When people tell you who they are, believe them. These nine members have told us in no uncertain terms that they do not want innocent men, women, and children to have anything standing in between them and destruction.

It’s worth mentioning that there was actually one surprise today. Absent from the aforementioned list is Rep. Alexandria Oscasio-Cortez. Though she was widely expected to vote against (and had reportedly been instrumental in getting the original funding provision stripped) AOC voted “present,” and made a big show of sobbing in a near-hysterical fashion. The idea of Jewish civilians being in fewer life-threatening situations is apparently deeply triggering. Again: when people tell you who they are, when they shout it from the rooftops, believe them.