DHS Chief Mayorkas Admits More Than 12,000 Haitian Illegals Have Been Released Into US – No Vaccine Mandate, No Covid Testing (VIDEO) 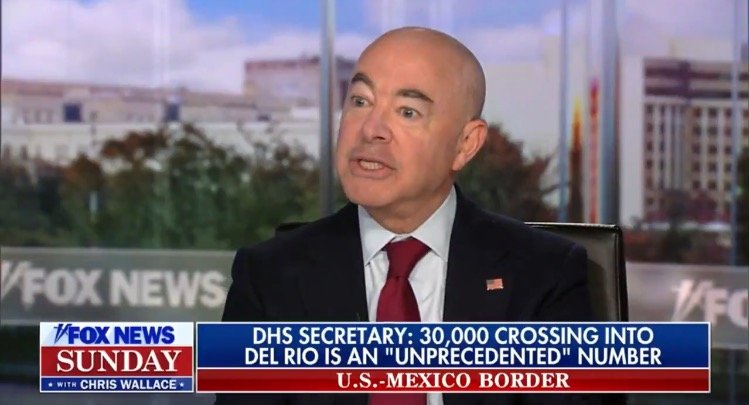 DHS Chief Alejandro Mayorkas on Sunday admitted more that 12,000 Haitian illegals have been released into the United States.

The illegal aliens from Haiti have not been subjected to any Covid vaccine or testing mandates.

Meanwhile American citizens in some cities are being barred from entering restaurants, bars, theaters and other indoor venues for refusing to ‘show papers.’

Mayorkas said the number of illegals released into the US could be 12,000 or “higher,” during an appearance on Fox News Sunday with host Chris Wallace.

TRENDING: “We’re Going to Take Back Our Country from These Lunatics” Massive Crowd in Georgia Greets President Trump

Secretary Mayorkas also said the Biden Administration opposes a border wall because people crossing illegally is “one of our proudest traditions.”