How We Know Bitcoin Is A Force For Good

Authored by Mark Jeftovic via BombThrower.com,

Cryptos are the antidote to repressive Central Bank Digital Currencies

Yesterday I wrote up why I don’t think any kind of China-style ban on Bitcoin and cryptos would be tenable in (so-called) liberal democracies here in the West. It referenced an earlier piece that described the threefold governance structure I see competing for relevance over the coming decades.

Somebody linked to those in the comments from a Tom Luongo piece (which I rather enjoyed enough to subscribe to his newsletter) but when I read through some of the other comments around Bitcoin, how it’s a globalist Trojan horse for surveillance capitalism and social credit I realized I needed to get a piece out to speak specifically to this aspect of future governance.

I cover this a lot in The Crypto Capitalist Letter, in fact it’s a pillar of our macro economic thesis (which you can download free here). It all comes down to the differences between real crypto currencies like Bitcoin, Ethereum, Dash, Monero, et al and coming Central Bank Digital Currencies (CBDCs), like China’s Digital Yuan, like the coming FedCoin, and anything else that will be issued by central banks, directly from governments or even in conjunction with Big Tech platforms. 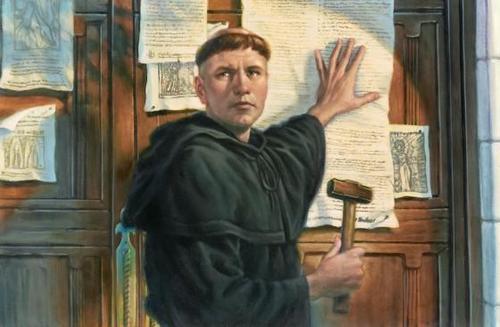 There are the two main types of digital money that will co-exist in the future.

Each type of digital money corresponds to a governance mode of the future. Which type of this money you make your own or your business’ financial centre of gravity will have an outsized impact on whether you live in the future as a neo-Feudal serf or as a sovereign individual.

Each one has its own fundamental architecture, and the governance and economics that result from those architectures reflect the governance models of the mode that is built on them. This is critical and builds on what I’ve been writing about for  years now, drawing on the work of relatively obscure commentators like Vincent Locascio and Steven Zarlenga. The latter who wrote in his Lost Science of Money, whoever controls the monetary system, controls society.

“a main arena of human struggle is over the monetary control of societies and that control has been and is now exercised through obscure theories about the nature of money. If it had to be summarized in one sentence, it is that by misdefining the nature of money, special interests have often been able to assume the control of society’s monetary system, and in turn, the society itself. ”.

It is because of how fundamentally the monetary architecture is reflected in the governance stack that sits atop of it that I can make the case with rather high confidence that Bitcoin and cryptos are not Trojan horses for globalist control. They are the opposite – they are the mechanisms through which people, all people, any person, the masses – can reclaim their own economic autonomy and become self-ruling and free.

This is Bitcoin. These are cryptos in general. They may also contain other features that confer a “sound money” status on them, like Bitcoin’s 21 million unit hard cap or Ethereum’s EIP 1559 protocol. But it is these three attributes, especially the last one, of holding one’s own private keys, that make them emancipatory monetary technologies.

The crypto folks have an expression: “Not your keys, not your coins”.

I expect this to be the defining feature that demarcates the difference between a bona fide crypto currency that empowers its holders and centralized digital cash (tokens) that governments and central banks run to control the populace.

Those skeptical of Bitcoin, who suspect a globalist, Davos-inspired regimen of surveillance and social credit are correct about digital cash being the conduit for those, but they’ve simply conflated all forms of digital money and view Bitcoin as typical or a test-run of them.

This misconception arises simply from not knowing or understanding the differentiators between a crypto like Bitcoin and a Central Bank Digital Currency (CBDC), like a coming “FedCoin”.

CBDCs will very much be tools of elitists to implement top-down command-and-control economics and even Great Reset-style social management through monetary policy.

CBDCs will in all likelihood not be designed to put the private keys over the currency units into the hands of its possessor.
Digital “cash” under CBDCs will be centrally programmable and implemented without end-user consent across all national governance and Davos-inspired initiatives.

CBDCs will be the rails of all manner of economic programs (like UBI and MMT) and social policy objectives which simply are not possible, or desirable under cryptos:

If you thought the Federal Reserve was suffering from mission creep now that they’ve decided to tackle climate change and social justice, just wait until they get the ability to program what you can do with your monthly stimmie after it already in your wallet.

(Anybody remember the original Robocop?)

That is what we’re looking at with CBDCs and if that’s your dystopian vision of what digital cash means, you’re not wrong. You’re just misdirecting your apprehensions if you think that’s what Bitcoin means. This is because it and most of the other digital currencies are the antidote to CBDCs. Which is why they are subject to such hostility from policy makers, the corporate press and elites.

This will be a battle. A never-ending tension between these two digital money systems – crypto currencies, which are actually fungible, inelastic, deflationary (purchasing power increases over time) and which gives their holders economic autonomy in this new era.

On the other side we’ll have these centrally issued, programmable digital tokens.

Which side of the ledger the majority of your economic activity happens on will govern your future status as a Neo-Serf or an autonomous Sovereign Individual. If the dynamic becomes extreme it could even result in a kind of monetary Apartheid.

The good news is that today, at this moment in time, it’s still largely self-selecting.

I’ve written many times, that crypto’s (real cryptos, not CBDCs or even stablecoins) are all about optionality. Crypto’s like Bitcoin confer options on their holders (HODL-ers), while the coming CBDCs will be all about limiting them.

I cover this dynamic extensively in The Crypto Capitalist Letter, a long with a tactical focus on publicly traded crypto stocks. Get the overall investment / macro thesis free when you subscribe to the Bombthrower mailing list, or try the premium service for a month with our fully refundable trial offer.