AUDIO: Maricopa County Supervisor Clint Hickman Demands That Auditors “Speak Loudly And Publicly To Us and God” While Lying Out Of His A** 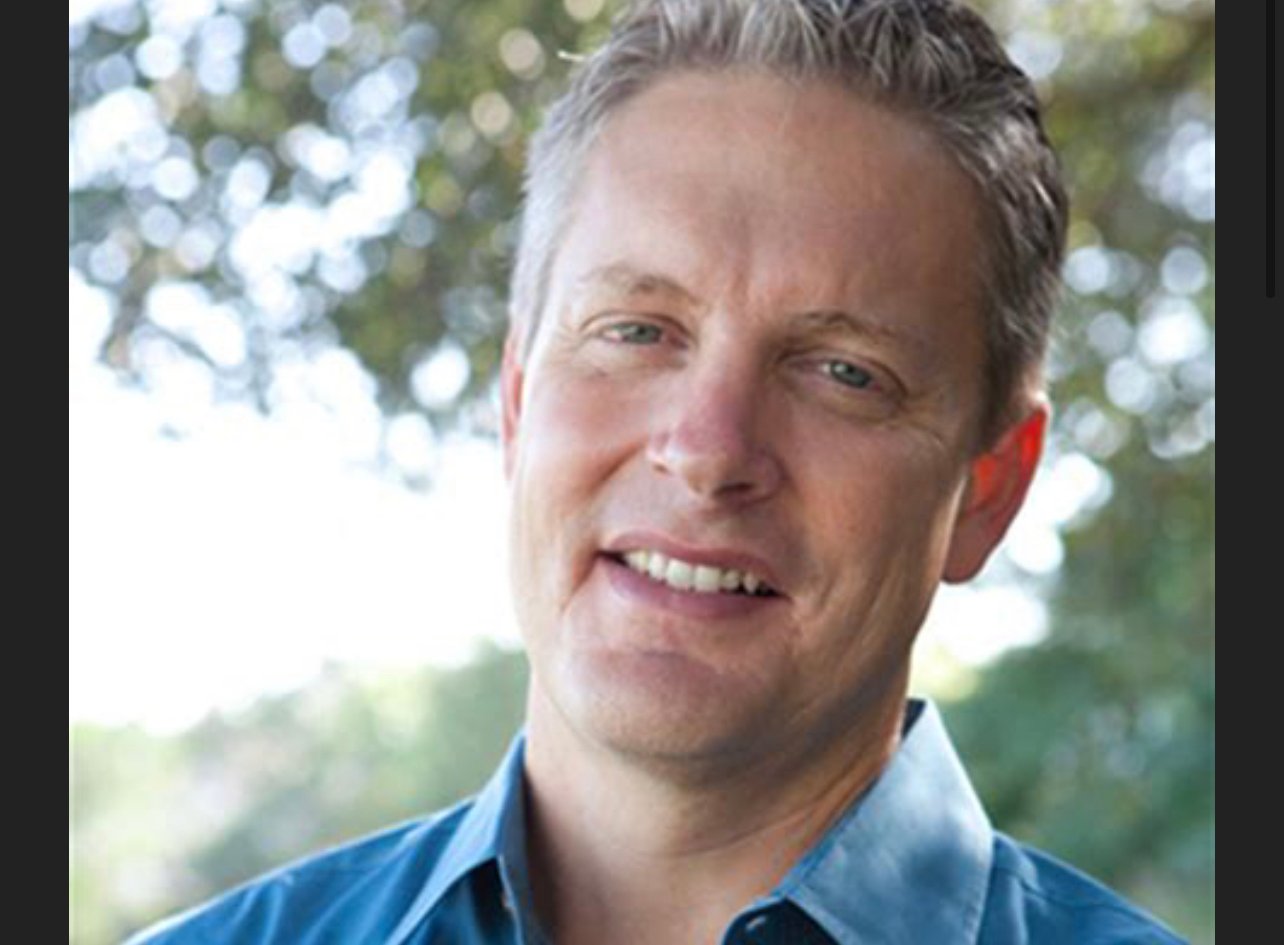 On Friday, Maricopa County Supervisor Clint Hickman went on air to cover up the damning audit report and invoke the Lord’s mighty wrath on Doug Logan and Ken Bennett.

MORE LEAKED AUDIO: Steve Chucri RIPS Clint Hickman – “He is a LIAR… CLINT IS TOO DEFENSIVE OF DOMINION” (AUDIO)

In the disgusting on-air segment, Hickman admitted that the Cyber Ninjas audit was “done for everybody out in the open”, but he continually mislabeled this full forensic audit a “recount”.

This was before the final report was presented and Hickman ran with the leftist talking points while disregarding all other findings.

Hickman also used the Lord’s name in vain to attack Logan and Bennett, and cover his lie.

He stated that he would put his “hand on The Bible and say what great work our County did.” But, only if he went to court over this.

That is just shameful.

Hickman: I’m pleasantly surprised that the Cyber Ninjas and Ken Bennett was able to entice good solid Arizona’s to come and be honest. And I’m honestly pleasantly surprised that that count that almost totally matches up to the County count and so I appreciate that. There’s a lot of people that gave their time to get to this point. But clearly, this was all about a recount done for everybody out in the open, and they’ve come back with Biden winning, and their count says Biden won by even more votes. I don’t think we need to go more beyond that, personally.

Hickman: President Fann is providing a hearing, without any questions to be asked. I read the story about Doug Logan I’ve never met the man. He seems like a godly individual. I know Ken Bennett. He’s a godly individual. Senate President Fann needs to swear them in on a Bible. And, and speak loudly and publicly to us and God, and determine what they want to say, because this county might be in a courtroom. And if it’s in a courtroom, I am going to go in there and put my hand on The Bible and say what great work our County did.

Broomhead: So with some of the other questions that they asked and in this at the end when they say if the county had cooperated, that these obstacles would have been easily overcome. It reads to me like they’re saying we had questions that weren’t answered but we believe the county could have, so maybe they weren’t problems, they were just things they didn’t understand is that the way you read that?

That is absolutely something, when you hire contractors that are not familiar with elections. So we will choose to answer those in court if we have to, or definitely, in the court of public opinion, this never had to happen. Senate President Fann decided not to come on specific days to come and watch our audit and meet the independent technicians and CEO processes. Rusty Bowers came, not once but I believe three times to pay attention to this, and that’s why the house stayed out of this. He believed in it. He believed what we were doing. So to ask questions now because you do not understand elections is farcical. So, looking forward to the one o’clock meeting. And I’ve seen enough already in the preliminary report that this is over with for me. I have tried to stay humble and gracious and not blast other politically elected officials that have, you know charged us with crimes, charged us with honesty and integrity, I have held back. So, I guess, Mike, what I’d like to say is, there is an elected official, through our party that has blasted us said we’ve broken the law, and made video after video talking about my group, and it’s finally led, apparently, to losing a great colleague, Steve Chucri, because he said some unkind things. So I would like to ask our top elected officials representing our state Doug Ducey, Mark Brnovich. And Kimberly Yee. I heard my colleague ask loud and clear for elected officials to stand up. I would like them to ask and call for the resignation of Kelli Ward, chairman of the state Republican Party. She has caused a fracture in our party. She has operated outside of it. For the purpose of pumping herself. I would tend to think that people don’t even know who the last two chairmen were. And I think the time has come. She has now led us to a part where our former president has lost publicly, the Arizona vote again to Joe Biden. That is horrible. And I will not stand for this type of leadership.

Clint Hickman is a stone-cold liar.

He likely does not think we need to go past a recount because he knows that there were “dead people voting”, “ballot harvesting”, and “multifaceted” voter fraud as Steve Chucri admitted.

Illegal votes do not count as real votes.

Chucri did not only say some “unkind things” and he was more likely bullied into resignation by his colleagues who he appeared to despise.

The things that Chucri said agreed with nearly everything that Dr. Kelli Ward was saying in here daily videos.

Ward did nothing wrong. Chucri felt the same way as she did.

Chucri did call loud and clear for his colleagues, including Doug Ducey to stand up and do the right thing, wondering why Governor Ducey would not have an election integrity meeting with Rudy Guliani.

BREAKING: County Supervisor Steve Chucri Leaked Audio: “I’ve Had DEMOCRATS Telling Me They Don’t Have Confidence, They Don’t Like DOMINION – Why In The World Would Governor Ducey Really Say No To Giuliani?”

Hickman even says that the County will only choose to answer questions and cooperate with this investigation in a courtroom, not voluntarily. In the same way, he would probably never voluntarily place his hand on a bible to tell us and God this was a clean election.

If nothing else, this is just an inefficient Government, ruling over the people.

Conradson: Did you refuse to observe the county’s “audit”?

Fann: We were in session, working on budget and I had to be on the floor for voting. I sent my senior policy advisor on the Judicial Committee, Garth Kemp, to attend the entire audit to observe and take notes. BTW. They were invited to the audit at the coliseum and invited numerous times over five months to sit down with me and the auditors to help explain why there were so many anomalies. They refused every time

Conradson: Does Garth live in state?

Fann: Yes. Garth works on the Az Senate staff and is the policy advisor for the Az JUD committee. Senator Petersen is the chair of that committee

Conradson: Would you put your hand on a bible and speak publicly to us and god and tell us that this audit is legitimate and the county’s audit was not enough? And that the county did not do great work during the 2020 election?

Fann: Yes I would. To the best of my knowledge I believe this audit was done fairly, honestly, and with the highest integrity The fact that numerous election statutes were broken and the enormous about of adjudicated ballots for the 2020 election, I’d think most voters would say the elections department did not do great work.

My questions are why did they purposely hide and withhold important information from the Arizona Senate? Why did they repeatedly refuse to sit down with us to explain why two and two weren’t adding to four? Why did they believe running a Twitter page and then now actually running tv advertising to hide the facts from the voters?

I’m still wondering why Chucri resigned.He absolutely was in the right and the only one willing to stand up for us constituents

Why doesn’t Hickman swear on a Bible today?

If you live in Maricopa County, contact Hickman now, and tell him what you think of his despicable behavior.

This is a fight against good and evil, truth vs. lies.