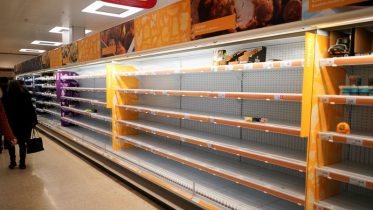 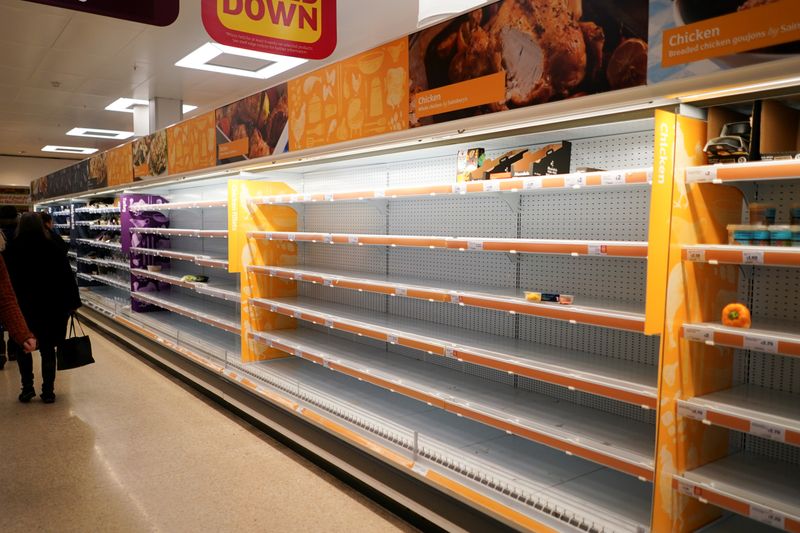 FILE PHOTO: Shelves empty of fresh chicken in a supermarket, as the number of worldwide coronavirus cases continues to grow, in London, Britain, March 15, 2020. REUTERS/Henry Nicholls

LONDON (Reuters) – Britain’s 20-year binge on cheap food is coming to an end as food price inflation could hit double digits due to a wave of soaring costs throughout the supply chain, Britain’s biggest chicken producer said.

“Food is too cheap,” Ranjit Boparan, who is known as the “Chicken King” and owns the 2 Sisters Group, was quoted as saying by The Times newspaper.

“In relative terms, a chicken today is cheaper to buy than it was 20 years ago. How can it be right that a whole chicken costs less than a pint of beer? You’re looking at a different world from now on where the shopper pays more.”

He said higher prices were inevitable because of inflationary pressures throughout the supply chain.

Food prices rose by 0.2% in annual terms in August, according to official consumer price data, breaking a nine-month run of declines.