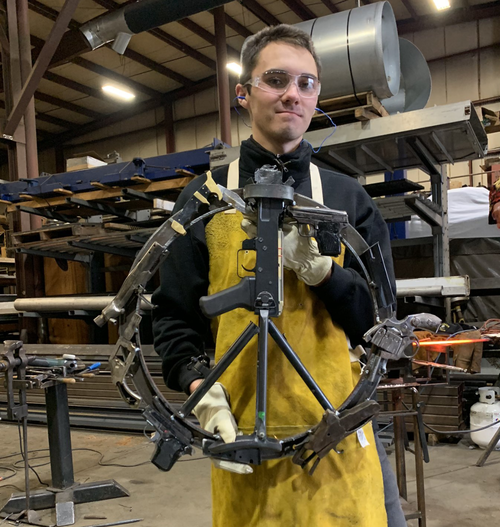 Gun Control activist David Hogg can't seem to catch a break. His viewpoint that younger people are more anti-gun appears to be continuously rebuked by new reports from this post-COVID world.

Most recently, the NRA reported that the USA Clay Target League (USACTL) had its biggest year yet for student-athletes. Almost 40,000 will be participating in programs in the fall. Both male and female students compete on the same team, meaning that not just young males are represented here.

"Despite constant challenges both last year and this year, we are pleased to have our largest fall registration numbers ever," said John Nelson, president of the USACTL. "The record-setting participation this fall is the result of the incredible efforts of coaches and families to overcome ongoing issues with the pandemic and ammunition shortages." In this post-COVID world, not only are people connecting more with the outdoors, but they're also starting to connect with shooting sports as well. The popularity of shooting sports has grown exponentially since 2020. We can speak to that here at TMGN as many of new customers have become increasingly interested in competitive shooting, especially our millennial customers. This is a big sign, as we wrote about before and continued to highlight that David Hogg's assertations that this large crowd of young anti-gun voters chomping at the bit to saw AR15s in half is a fantasy at best. The interesting thing about people who get into competitive shooting as opposed to someone who bought a gun during the panic buy is, while those who bought during the panic buy are likely to change their minds on gun ownership, they may not continue to engage heavily with those in firearms culture or have conversations that advance their views. On the other hand, those who compete are exposed to more ideas and have more informed opinions on firearms, typically leading them to be more pro-gun.

The reality of the situation is that millennials and Gen Z are becoming more conservative and have positive attitudes towards guns. According to Forbes, "Gen Z is more individualistic, more conservative both social and fiscally…" naturally, this idea lends itself to firearms. It's no wonder Gen Z is more pro-gun, raised with access to the internet, first-person shooting games, and action movies. Not to mention watching the debt crisis and student loans spiral out of control. Their views seem to align more with Libertarians or moderate republicans. Researching each of their ideas independently through the internet has allowed them to come to a logical conclusion instead of an emotionally influenced one.

Only time will tell, but it seems like more and more data is showing that David Hogg is wrong as his anti-gun campaign fades into the darkness.