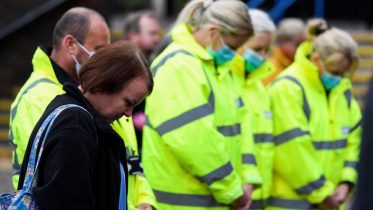 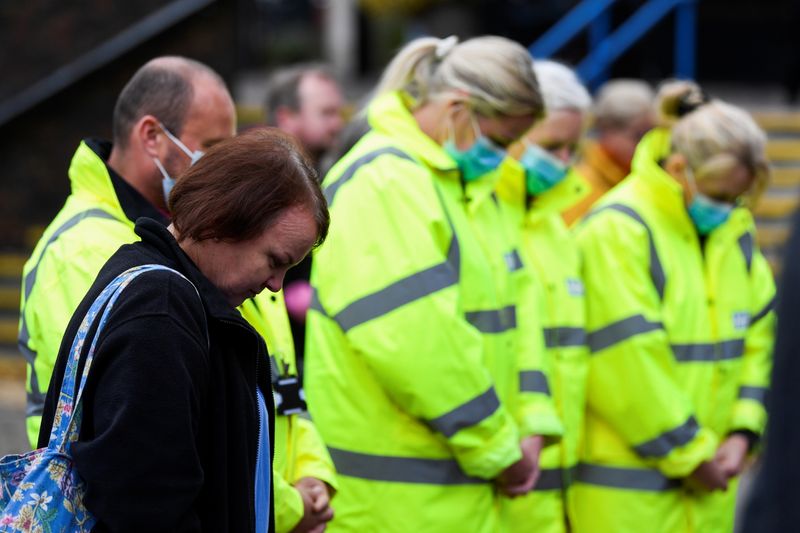 People attend a vigil for MP David Amess, who was stabbed to death during a meeting with constituents, at Civic Centre in Southend-on-Sea, Britain October 16, 2021. REUTERS/Tony O’Brien

LONDON (Reuters) -Britain is considering a number of options to boost the security of lawmakers after a parliamentarian was stabbed to death during a meeting with constituents, interior minister Priti Patel said on Sunday.

The killing of David Amess, from Prime Minister Boris Johnson’s Conservative Party, took place five years after the murder of Jo Cox, a lawmaker from the opposition Labour Party, and has prompted a review of politicians’ security.

Amess, 69, was knifed repeatedly in the attack on Friday in Leigh-on-Sea, east of London, during a meeting in a church.

Police arrested a 25-year-old British man at the scene on suspicion of murder and have said it is believed he acted alone.

“The speaker has already put in a range of measures post Friday as we have with policing,” Patel told Sky News.

“Within that there are other options that are being considered such as when you hold your surgeries, could you have officers or some kind of protection…?” she said.

Surgeries is the term given to meetings British lawmakers have with their constituents.

(Reporting by Costas PitasEditing by Alex Richardson and Frances Kerry)