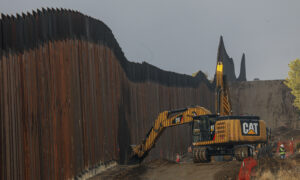 President Joe Biden pledged during the 2020 campaign that he “would not build another foot” of the wall his predecessor began on the U.S. border with Mexico, but Senate Democrats appear to be setting the stage to tear it down, at least in places.

Senate Budget Committee Chairman Patrick Leahy (D-Vt.) made public Oct. 18 nine proposed spending bills, including one for the Department of Homeland Security (DHS) stating regarding the Customs and Border Protection(CBP) agency that:

“Provided further, That not to exceed $50,000,000 may be transferred to the Department of the Interior for mitigation activities, including land acquisition, related to construction of border barriers on federal lands.”

The $50 million would be shifted from the nearly $2 billion Congress provided on a bipartisan basis during the Trump administration for construction of a border wall to slow or stop the flow of illegal immigrants entering the country from Mexico.

A Republican committee aide told The Epoch Times “there is nothing in the language that would limit mitigation from including removal/deconstruction of the Trump wall on public lands.”

Jay Tilton, Leahy’s spokesman on the appropriations panel, told The Epoch Times the provision refers only to “environmental mitigation” efforts.

The committee report on the Interior funding bill notes that portions of the new wall erected under Trump ” have caused permanent destruction of ecological and cultural resources. Portions of these barriers were built on 625 acres of public lands, home to sensitive and protected species of plants and animals, which were transferred to the United States Army from the Department of the Interior.”

The report further explained that “while immediate construction has ceased, the associated disturbances of the barriers themselves, plus associated utility corridors and road networks, continue to disrupt wildlife movement and habitat, watersheds, and land conservation activities.”

In addition, the report said a commission is to be established “to convene a multi-agency process to identify harm inflicted by construction of border barriers” and recommend “a data-driven plan to develop mitigation strategies in response to border barrier related construction. This strategy shall ensure that any actions taken maintain security along the border.”

The bill report also requires the commission to include in its deliberations “non-governmental organizations with environmental and cultural preservation expertise.” In a Democratic administration, such organizations would typically include liberal non-profit activist groups that virulently opposed construction of Trump’s wall.

Because all human activities on protected federal lands are strictly regulated and because, according to the bill report, “construction of the barrier sections did not include the completion of typically required environmental reviews,” the commission to be established could define “mitigation” as requiring deconstruction of some sections of the Trump wall.

Shelby also noted in his statement that “in the midst of the worst border crisis in decades, Senate Democrats’ bills will:

In a related development Tuesday, Sen. Ted Cruz (R-Texas) introduced the “Stop the SURGE Act” “to address the surge in illegal border crossings along the southwest border by establishing new ports of entry for processing migrants in accordance with the Immigration and Nationality Act and section 362 of the Public Health Service Act. ”

The Cruz proposal, according to a statement issued by his office, is a “demand President Biden, his administration, and congressional Democrats address the unprecedented man-made crisis on the South Texas border and their political decisions that directly created it.

“This legislation would establish new ports of entry in 13 communities across the country and mandate that all illegal aliens encountered at Border Patrol Sectors in Texas be transferred to these new ports for processing.”

Cruz added in the statement that “for the past 10 months, President Biden and his administration have willingly surrendered the United States’ southern border to dangerous criminal cartels, with no thought given to the South Texas border communities like McAllen and Del Rio, which are running low on resources from dealing with this massive influx of illegal immigrants.”

“If Washington Democrats had to endure even a fraction of the suffering South Texas families, farmers, ranchers, and small businesses have had to face, our nation’s immigration laws would be enforced, the wall would be built, and the Remain in Mexico policy would be re-implemented. “ 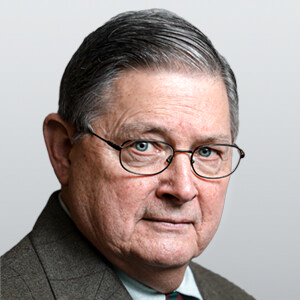