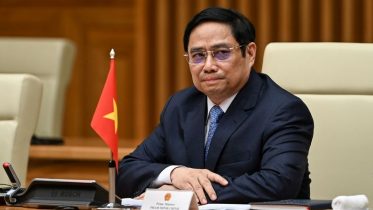 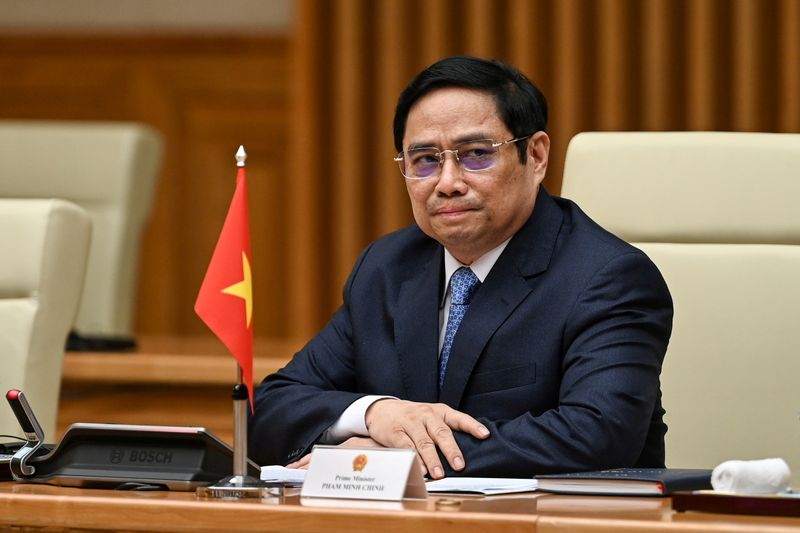 HANOI (Reuters) – Vietnam’s exports are likely to rise 10.7% in 2021, with annual inflation expected below 4%, the prime minister said on Wednesday, promising lawmakers that economic revival lay ahead.

Pham Minh Chinh told the national assembly that Vietnam, consistently one of Asia’s fastest-growing economies, had been badly hit by the coronavirus, which disrupted its supply chains and hit workers in key industries.

Vietnam’s gross domestic product (GDP) contracted 6.17% in the third quarter of 2021 from a year earlier as the containment measures hit, the sharpest quarterly decline on record.

Chinh said he expected GDP to expand 6.0% to 6.5% next year, with the government aiming to cap inflation at 4%.

“Realising 2022 targets is a heavy task, but we definitely will revive our economy,” he said, despite the pandemic having put macroeconomic stability at risk.

“Inflation is facing upward risks and there have been disruptions in the supply chains … workers’ lives have been badly hit.”

Although Vietnam had largely reined in COVID-19 until May, a fast-spreading outbreak of the Delta variant in its economic hub of Ho Chi Minh City led to wide curbs on movement and commerce, hitting key manufacturing provinces nearby.

This month, the government said Vietnam would miss its garment exports target this year, by $5 billion in the worst case, hit by curbs and a shortage of workers.

It expected $34 billion of textile exports, shy of the targeted $39 billion, and a shortage of 35% to 37% of factory workers by year-end, it said.

Ho Chi Minh City has suffered a mass exodus of workers since lockdowns eased last month, on worries they would get stuck again if there was another wave of infections.

Powell Faces Much Tougher Challenges in His Second Term