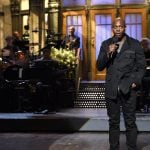 In recent weeks, Matt Taibbi and Katie Herzog have documented the egregiously bad coverage of Netflix’s internal turmoil over “The Closer,” Dave Chappelle’s latest special for the streamer. Journalists cheered the company’s pro-trans troublemakers with coverage that ranged from deeply misleading to outright false.

This isn’t downstream of conspiracies in smoke-filled backrooms. This is the consequence of an ideology so deeply rooted in our technocratic elites, they no longer recognize it as ideology.

If you read most of these headlines you’re going to think Netflix is suspending people for publicly criticizing the company. That’s not what happened. They literally crashed a meeting. pic.twitter.com/vLddlb4tLC

The coverage collected above by Herzog is not neutral and it’s not pro-corporate. It takes the side of protesting employees. Companies like Netflix employ powerful armies of publicists to massage their image in the press, which creates a clubby relationship that leaves major corporations with more favorable coverage than they often deserve. But why didn’t it work for Netflix this time?

The legacy media is both pro-woke and pro-corporate, but when those ideologies are in conflict, wokeness wins. The Netflix case study illustrates this perfectly.

There are still plenty of Boomer executives who will choose cash over ideology ten times out of ten (see: “The Morning Show”) but their power is diminished amid the growing army of young progressives they’re forced to employ who refuse to accept anything less than the dogma. Because the media is now overrun with these ideologues, executives on the wrong side of a conflict are convinced they’ll lose money over a PR crisis but also convinced it’s easier to give an inch and hope they aren’t giving up a mile.

In his defense of Chappelle, Netflix co-CEO Ted Sarandos actually defended the company’s progressives bona fides. In the special itself, Chappelle did the same. That’s what makes this entire dust-up so ridiculous.

The cultural left is in firm control of most American institutions. Protesting Netflix employees are on the same page as Dave Chappelle and Ted Sarandos on transgenderism. The disagreements between the capitalists of the cultural left and their employees is about freedom of expression, about the definitions of hate speech, bigotry, and violence. They do not disagree on much else. Remember that Jack Dorsey gave millions of dollars to purported anti-capitalist Ibram X. Kendi.

The legacy media’s reflexive defense of the Netflix protesters underscores an important characteristic of cultural leftism. It’s true that corporate media is the most important arm of the money-hungry cultural left. It’s true that many corporatists in media cynically co-opt wokeness for profit. The ideology itself, however, will eagerly trample corporate institutions on its march to power because in the world of the woke, stepping out of line is the only unforgivable sin.

Protesting Netflix employees know they’ll be supported by the media, not attacked or cast to the fringes of society. They’ve already won, so the costs of choosing pure wokeness over corporate wokeness are nonexistent. That’s not because they’re anti-corporate, it’s because they’re already the same thing. There’s nothing to sacrifice.

WSJ Report: Neil Young’s Music Being Removed From Spotify After His Ultimatum Over Joe Rogan