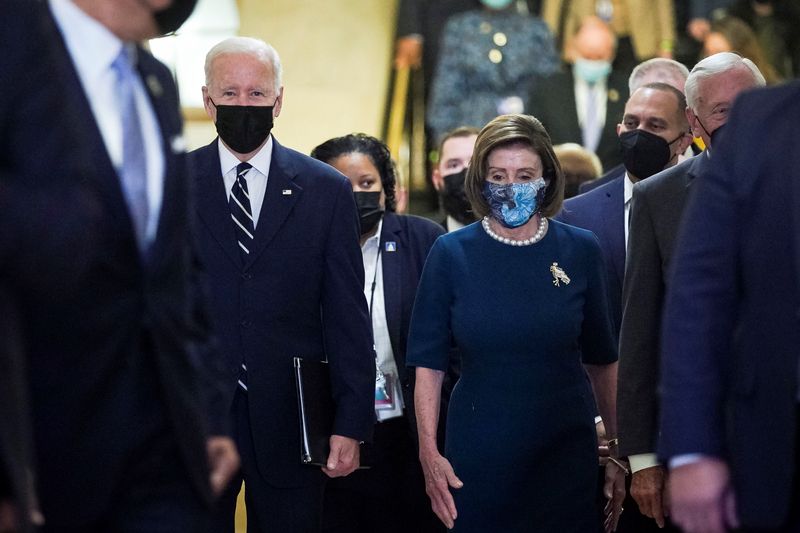 U.S. President Joe Biden is escorted by House Speaker Nancy Pelosi (D-CA) as he arrives to speak with the House Democratic Caucus to provide an update on the Build Back Better agenda and the bipartisan infrastructure deal at the U.S. Capitol, October 28, 2021. REUTERS/Al Drago

WASHINGTON (Reuters) – U.S. President Joe Biden will urge Democrats in Congress to back a new $1.75 trillion framework for economic and climate change spending, and is confident he will win their backing despite deep divisions between moderate and progressive Democrats, senior administration officials said on Thursday.

The framework would be fully paid for by repealing certain tax rebates passed under former President Donald Trump, imposing a surcharge on corporate stock buybacks, and adding a surcharge on the earnings of the wealthiest Americans, they said.