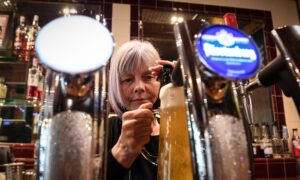 Pubs and beer producers have welcomed the “draught relief” announcement in the Chancellor’s Budget, though some doubted it would have a meaningful impact on the sector.

Rishi Sunak told MPs in his Budget speech that duty rates for draught beer and cider will be cut by 5%, taking 3p off a pint in a pub.

Taxes on sparkling wine and some lower-strength products will also be cut as part of a huge overhaul of the UK’s alcohol duty system.

Sunak also said the planned increase in duty on spirits such as Scotch whisky, wine, cider and beer will be cancelled from midnight, which alone will represent a tax cut worth £3 billion.

The Treasury said it will slash the number of main duty rates from 15 to six as part of the reforms, which will come into effect in Feb. 2023.

Brewers hailed the announcement as a boost to an industry struggling in the wake of the pandemic, though some said it did not go far enough.

Nick Mackenzie, chief executive of Greene King—the UK’s biggest pub and brewer, said: “Today’s budget is a much needed vote of confidence in the great British pub as we face into an uncertain winter, labour disruption and rising costs.

“Creating a draught rate and simplifying the duty system is positive news for our 2,700 pubs and the communities we serve across the UK.”

3 Pence Won’t Make a Difference at the Bar

Tom Jenkinson, business partner at the Aylesbury-based family-run brewery Chiltern Brewery, said the 5 percent cut to the tax on pulled pints was unlikely to make a “great difference”.

“The headline is attention-grabbing because it’s a reduction,” he told the PA news agency.

“The question is quite what that transpires to—3p is not going to make much of a difference at the bar. 50p might do; I think 3p is going to get lost in the noise.

“If you take 5 percent off, it’s not a lot of money to be honest … It’s a step in the right direction, but I’m not sure how much it’ll transpire to the punter behind the bar.”

That sentiment was echoed by Tim Coombes, co-owner of Rebellion Beer, a Buckinghamshire-based microbrewery.

“In terms of what the price of a barrel is to a pub, it’s probably 1 to 2 percent, so I don’t think it’s going to make much of a difference to be honest, but it’s a step in the right direction,” he told PA.

Coombes said the draught beer tax cut would also help “rebalance that differential between drinking at home and drinking at the pub”.

He said it was a “mistake” by the Treasury to apply the 5 percent tax reduction only to draught beer and cider served from containers over 40 litres.

“The vast majority of the draft beer community sell kegs in 30 litre containers; it therefore excludes a huge portion of the industry and in my opinion the most exciting portion,” Bott said.

He welcomed the beer duty freeze, especially at a time when brewers are seeing “myriad supply and running costs”.

Paul Davies, CEO of Carlsberg Marston’s Brewing Company, said: “Many across the brewing industry, and the hospitality sector which it supplies, will welcome the Chancellor’s decision to reform the alcohol duty system.

“It is an intervention which will provide much needed long-term economic support to those sectors hit hardest during the pandemic.

“It’s clear ‘The Local’ still has a place in the British public’s hearts and there is a ground-swell of public support for pubs and breweries, with more than 130,000 signatories, via the Long Live the Local campaign, having called for the Government to support our sector.“It appears the Chancellor was listening.”

“After the extraordinary challenges of the last 18 months, this is an important moment for beer and pubs, and will help support their recovery and meet the challenge of substantial underlying supply chain cost inflation,” he said.

In his Budget speech, the Chancellor also announced that sparkling wines would cease to pay the “irrational” 28 percent duty premium, bringing them in line with still wines.

Alex Hunt MW, purchasing director at Berkmann Wine Cellars—an independent wholesaler that supplies UK restaurants and retailers, said: “Any simplification of our currently convoluted duty system is to be welcomed in itself—as is the scrapping of the anachronistic duty premium for sparkling wine.”

But he was less welcoming of the Chancellor’s announcement of tax increases for higher-strength drinks, such as some red wines.

“This threatens to increase complexity once more, and could unfairly penalise consumers who prefer a fuller, riper style of wine,” Hunt said. 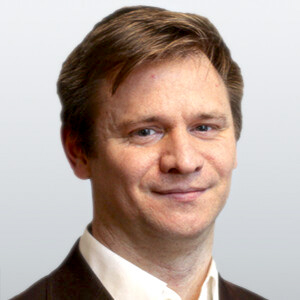 Simon Veazey
Freelance Reporter
Follow
Simon Veazey is a UK-based journalist who has reported for The Epoch Times since 2006 on various beats, from in-depth coverage of British and European politics to web-based writing on breaking news.
SPVeazey