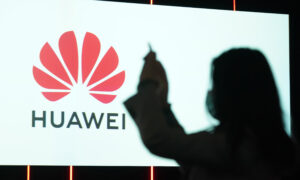 The Senate on Thursday voted unanimously to pass a bill that would prevent companies deemed as security threats—such as Chinese state-backed firms Huawei and ZTE—from being granted new equipment licenses from U.S. regulators.

Specifically, the Secure Equipment Act of 2021 would prohibit the Federal Communications Commission (FCC) from both reviewing and issuing new equipment licenses to companies on its “Covered Equipment or Services List” that pose a national security threat.

The bipartisan and bicameral legislation was approved last week by the House on a 420-4 vote. The measure now heads to President Joe Biden’s desk to be signed into law.

“Equipment made by Huawei and ZTE, companies linked to the Chinese government, increases the vulnerabilities of our telecommunication systems and puts our national security at risk,” Eshoo said.

Scalise said the legislation “forcefully signals” to the Chinese Communist Party that the U.S. government is committed to protecting the privacy and security of Americans.

The FCC in March designated five Chinese companies—Huawei, ZTE, Hytera, Hikvision, and Dahua—as posing a threat to U.S. national security under the Secure and Trusted Communications Act of 2019, a law that seeks to protect U.S. communications networks.

Sens. Marco Rubio (R-Fla.) and Ed Markey (D-Mass.) in a statement said that the Secure Equipment Act acts to close a loophole in rules the FCC formally adopted in 2020, which required U.S. telecommunications carriers to “rip and replace” equipment by national security threats.

“While that was an important step, those rules only apply to equipment purchased with federal funding. The very same equipment can still be used if purchased with private or non-federal government dollars,” the joint statement reads, noting that the latest Secure Equipment Act will “close this loophole and further prevent identified security threats from having a presence in U.S. telecommunications networks.”

Rubio in a statement urged Biden to “swiftly sign [the bill] into law so that the Chinese Communist Party can no longer exploit this dangerous loophole.”

Markey called the legislation a “critical national security measure” that will “keep compromised equipment out of U.S. telecommunications networks.”

FCC Commissioner Brendan Carr said the commission has approved more than 3,000 applications from Huawei since 2018. Carr said Thursday the Secure Equipment Act “will help to ensure that insecure gear from companies like Huawei and ZTE can no longer be inserted into America’s communications networks.” Live Q&A: US May Pay Hundreds of Millions to Illegal Immigrants; Claims of Political Infighting Michael Shellenberger: The Root Cause of America’s Homelessness Epidemic and Why the Term ‘Homeless’ Is Misleading

While Communist China Expands Its Threat To The Globe, DC Is Still Acting Like It’s 1991