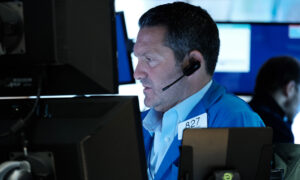 Potential short squeeze plays have gained steam in 2021 with new retail traders looking for the next GameStop Corp or AMC Entertainment Holdings Inc.

A short squeeze can occur when a heavily shorted stock rises in value instead of falling. Short sellers could be looking to close out their position and can face a loss if they have to buy back the shares they initially borrowed at a higher price.

Data from Fintel, which requires a subscription, provides a look at some of the top shorted stocks and data that shows how likely a short squeeze is to happen.

Here is a look at Fintel’s top five short squeeze candidates for the week of Nov. 1.

Topping the list for the third straight week is biotech company Progenity Inc.

Fintel points out short interest not declining and shares continuing to rise. The company has a reported 22.9 million shares of its float short, up 113 percent over the prior period. This represents 35.5 percent of the float being short. Fintel points to the borrow rate for shares at 81 percent. Progenity is also showing an optimistic outlook from options traders, according to the report.

Bit Digital has 11.4 million shares short, which is up 199 percent from the last reporting period. BTBT has 27.5 percent of its float shorted. The borrow fee of 109 percent for BTBT is the highest of the top five reported candidates. Fintel points to the price of BTBT not increasing as much as PROG despite a similar short squeeze setup.

Augmented reality company WiMi Hologram Cloud joins the list at third place this week. The company has 39.8  percent of its float short and could also be considered a low float candidate with a float of just 10 million shares. Fintel shows a borrow fee of 8.8 percent, which is on the low side of the short squeeze candidates.

Biotechnology company Protagonist Therapeutics remains on the Fintel short squeeze leaderboard at the same position it held last week. Fintel shows 12.8 percent of the float short and a borrow fee rate of 16.88. Short interest is climbing in the company’s shares, according to the report.

Aviation company AerSale Corp joins the leaderboard at fifth place this week. Fintel points to short interest in the company “increasing rapidly in the last few weeks.” The company has 1.6 million shares short, up 219 percent from June and up 29 percent from the last reporting period. AerSale has 31.6 percent of its float short and a borrow fee of 5.7 percent.

Three stocks were omitted from the short squeeze candidates for the week due to sub-$100 million market capitalizations. The companies that ranked in the top five include Nxt-ID Inc., Nutriband Inc., and TD Holdings Inc. Standards | School’s Out with Sam Sorbo