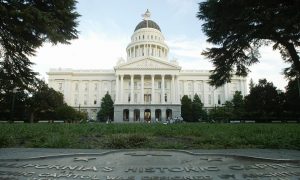 When The Sacramento Bee recently announced Elaine Howle’s plans to retire as the California State Auditor (CSA) at the end of this year, the Orange County Register’s editorial staff sung her praises and lamented her decision to leave. As a certified public accountant who was an audit partner before entering the public sector, I have garnered a strong professional admiration for Ms. Howle while serving in the capitol and echo these sentiments.

While serving in the state senate, I was so fond of her work product that I invited her to my capitol office to ask if I could create a bill that would expand her staffing level. She politely declined the suggestion.

Instead, I pursued Senate Bill 1297, which would have established the office of a Chief Operating Officer (COO). Ms. Howle’s audit reports verified that this state needs better management, and my bill provided for a leadership position that could have addressed such matters. Someone with strong authority needs to follow up on the CSA’s reports, which is rarely being done inside California’s massive organizational chart of departments and agencies. And if the governor is the COO or CEO, we’re in trouble.

My bill was passed by the Senate Governmental Organization Committee without opposition on April 24, 2018. Regretfully, it was killed by the Senate Appropriations Committee a month later by its then chair, Ricardo Lara, who is now serving as the elected California Insurance Commissioner.

I first became acquainted with the CSA back in 1995. Then State Auditor Kurt Sjoberg would review the Orange County bankruptcy and issue a report (pdf) with recommendations having a title stating the obvious: “Orange County: Treasurer’s Investment Strategy Was Excessively Risky and Violated Public Trust.”

The CSA heads up an independent auditing department that examines and reports annually upon the financial statements prepared by the executive branch of the state; performs other related assignments, including performance audits, that are mandated by statute; administers the Reporting of Improper Governmental Activities Act; and conducts audits and investigations of public entities requested by the Joint Legislative Audit Committee to the extent that funding is available.

The CSA also investigates whistleblower complaints against state agencies and provides the report to the governor and legislature. The agencies have 60 days to report on any disciplinary and corrective actions they take.

The state auditor is appointed by the governor to a 4-year term and is selected from a list of 3 qualified individuals submitted after interviews of candidates by the Joint Legislative Audit Committee.

I served on the Joint Legislative Audit Committee for two years and had the privilege of working with Elaine Howle. I worked with her on mental health related issues impacting counties. She did an investigation on a component of the failing Lanterman-Petris-Short Act, of which I was trying to make reforms. The title (pdf) said it all, “California Has Not Ensured That Individuals With Serious Mental Illnesses Receive Adequate Ongoing Care.”

Ms. Howle also took an interest in the financial wellbeing of California’s cities, something I have been pursuing for some time. Her efforts woke up communities like Vacaville, Monrovia, San Gabriel, West Covina and Inglewood.

While pursuing my 2019 bill, SB 1053, to allow for more nurses to quickly enter into the state and forgo the lengthy and duplicative licensing process, I pointed out the State Auditor’s report on the state’s sadly managed Board of Registered Nursing (BRN). Report 2019-210 had a self-explanatory title, “BRN: It Has Failed to Use Sufficient Information When Considering Enrollment Decisions for New and Existing Nursing Programs.” My bill failed to get out of the Senate Business, Professions and Economic Development Committee with a 4 to 5 vote (at least two of the committee’s Democratic members saw the need during the pandemic).

Ms. Howle has recently received highly deserved praise for her audits of the Employment Development Department, something I strongly encouraged her to do.

Ms. Howle did a report on the EDD during the Great Recession, only to see that her recommendations were not implemented, thus reminding legislators in “Employment Development Department: EDD’s Poor Planning and Ineffective Management Left It Unprepared to Assist Californians Unemployed by COVID19 Shutdowns.”

Her report (pdf) on the high-speed rail should have made the supermajority shudder and shut it down. It was titled, “Its Flawed Decision Making and Poor Contract Management Have Contributed to Billions in Cost Overruns and Delays in the System’s Construction.”

At the onset of the pandemic, I requested (pdf) that the state auditor review the acquisitions of personal protective equipment (PPE) made unilaterally by the governor. The then unknown amount being spent was very costly.

One of her more awkward audit reports (pdf) revealed severe financial mismanagement by UC President Janet Napolitano, stating, “The Office of the President accumulated more than $175 million in restricted and discretionary reserves that it failed to disclose to the regents and created undisclosed budgets to spend those reserve funds.”

This CPA is grateful that California had a top-notch state auditor for more than two decades. I had fun working with Elaine Howle. I wish her all the best in her retirement.

There is already concern about the process that will select her replacement. Whoever is appointed should have the tenacity of Ms. Howle and the realism that not much happens after audit reports are released. Consequently, establishing an independent Chief Operating Officer should be reconsidered by the state legislature and implemented to give the next CSA’s reports more teeth in addressing the systemic mismanagement in Sacramento that Ms. Howle so eloquently elucidated upon. John Moorlach
Follow
John Moorlach is a former Orange County Supervisor who most recently served as a state senator. He previously spent 12 years as Orange County’s Treasurer-Tax Collector, and led the county out of bankruptcy.
More articles from this author
Orange County Finally Does the Right Thing for Veterans Cemetery
sharecomments
Tragic Realities of the Democratic Process in California
sharecomments
Feel-Good Policies May Have Unintended Consequences
sharecomments 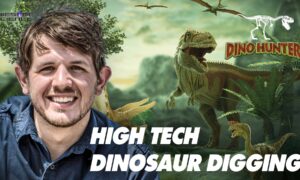 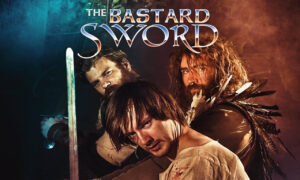