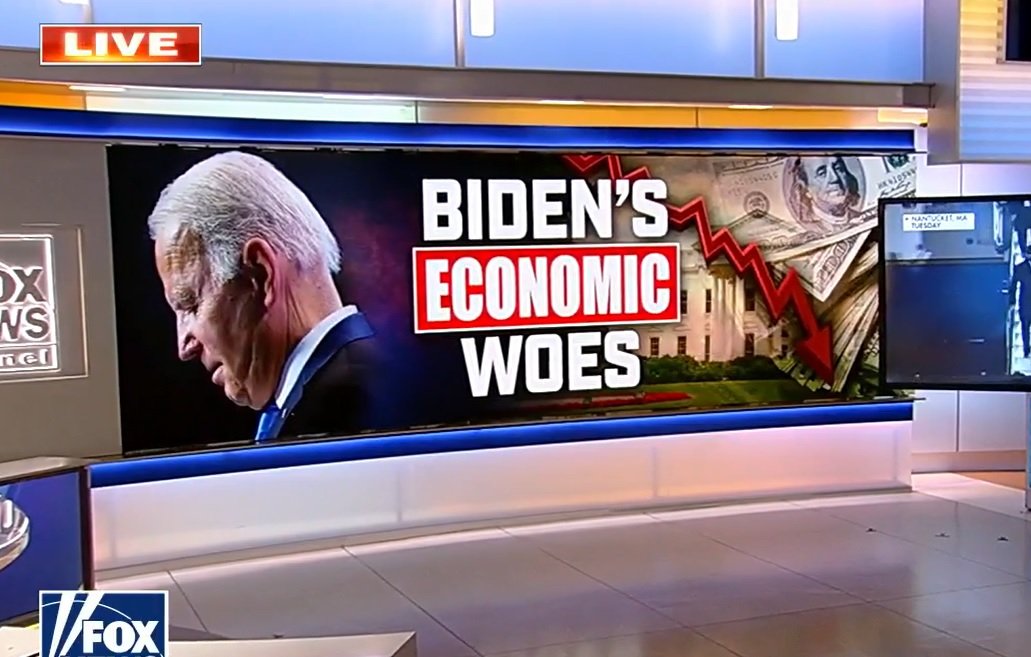 Biden’s economic policies are insane for American but help China and the rest of the world.

The month began with Democratic setbacks in the off year elections, and concludes with renewed concern about inflation and higher costs of well, everything, from gasoline (62% higher) to home heating (54% higher) to Thanksgiving meals (14% higher).

TRENDING: “GET OFF MY PROPERTY!” TX Man NOT Charged For Shooting Death of Girlfriend’s Ex-Husband During Angry Child Custody Confrontation On Front Porch [VIDEO]

… [Biden] has handed power to OPEC and Russia.  He claims to be someone who wants to fight climate change.  Wants to fight fossil fuels.  He’s given all of the power to countries that are dependent upon those fuels…

…But the problem is [FED Chief Jerome] Powell has actually proven to be a great ally for the easy money policies for the Biden Administration.  Let’s face it we got money flowing.  Lael Brainard is the new Vice-Chair.  She’s very easy money.  These are big progressive picks.  But nobody in this White House is paying attention to the money.  They’re not paying attention to inflation.  They’re focused like a laser on their spending agenda. That’s what you’re going to get America.  Come inflation.

Clearly, Biden has a credibility problem but he and his gang of corrupt misfits don’t know it and appear not to care. Joe Hoft
Joe Hoft is the twin brother of TGP’s founder, Jim Hoft, and a contributing editor at TGP. Joe’s reporting is often months ahead of the Mainstream media as was observed in his reporting on the Mueller sham investigation, the origins of the China coronavirus, and 2020 Election fraud. Joe was a corporate executive in Hong Kong for a decade and has years of experience in finance, IT, operations and auditing around the world. The knowledge gained in his career provide him with a unique perspective of current events in the US and globally. He has ten degrees or designations and is the author of three books. Joe is currently co-host of the morning radio show in St. Louis at 93.3 “Tomorrow’s News Today”. His new book: ‘In God We Trust: Not in Lying Liberal Lunatics’ is out now – please take a look and buy a copy.
@joehoft
* All fields are required.
Thank you for contacting us. Please check your email inbox to confirm your message and send it to our editorial team.
“Biden Has a Credibility Problem” – The Biden Gang Is Failing and They Lie About It and Don’t Seem to Care
SHOCKING: BIG PHARMA Received Emergency Use Approval a Couple of Weeks Ago for COVID Variant Discovered a Couple Days Ago?
‘I Wanted Him to be Successful. He’s Been Totally Unsuccessful. It’s a Disaster.” – President Trump on Joe Biden
US Stocks Suffer on Black Friday As Markets React to Travel Bans with South Africa and Other African Countries
BREAKING EXCLUSIVE: National Institutes of Health Funding Connected to Chinese Military and Organ Harvesting
See more…