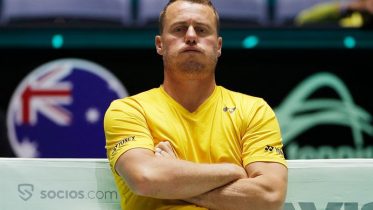 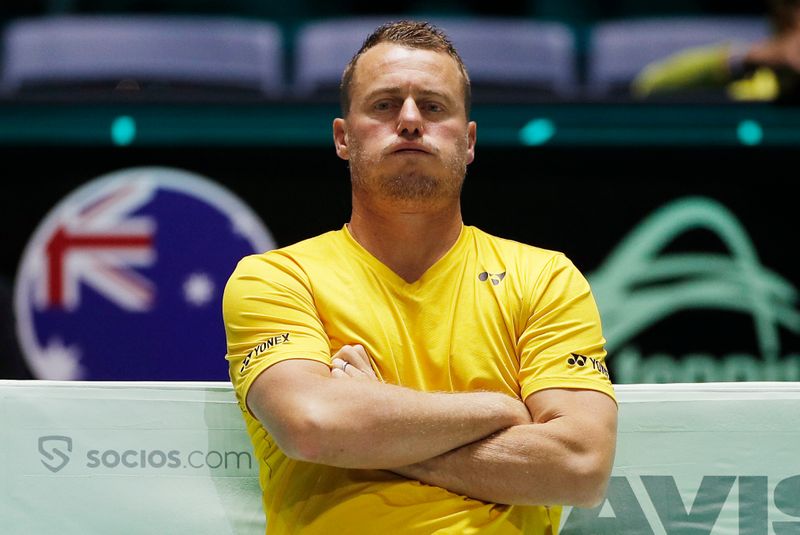 (Reuters) – Australia’s Davis Cup captain Lleyton Hewitt was disappointed that his team are on the brink of elimination from the competition but said that they had plenty of positives to take from Saturday’s victory over Hungary.

John Millman lost to Zsombor Piros in the first match on Saturday but Alex de Minaur defeated Marton Fucsovics to hand the Australians their first win at the competition in Turin, Italy.

The doubles pairing of Alex Bolt and John Peers also won their encounter as Australia beat Hungary 2-1 and finished their Group D campaign with a 2-4 record, having lost 3-0 to Croatia in their opening match on Thursday.

The 28-time champions Australia are facing almost certain elimination, with six group winners and the two best runners-up advancing to the quarterfinals.

“Anytime you lose a Davis Cup match, you’re always disappointed. I guess that’s how we felt after losing to Croatia two days ago,” Hewitt told reporters on Saturday. “We had to try and put that behind us.

“We knew we had an opportunity today to go out and play for Australia again. That’s what I’m extremely proud of these guys… They still played with plenty of passion and pride out there today.

“Yeah, it’s disappointing. I can’t ask any more than my guys giving me 100% every time they step on the court. They’ve done that in both our ties that we played.”

De Minaur, who beat Fucsovics in a three-hour contest, said the win boosted his confidence.

“Time to build from that,” he added. “This is exactly what I needed to finish the year well. Definitely thrived off this experience.”

(Reporting by Manasi Pathak in Bengaluru; Editing by William Mallard)