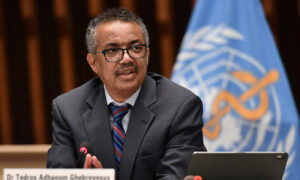 The World Health Organization (WHO) has explained why it skipped the Greek letters “nu” and “xi” in naming the new COVID-19 variant Omicron.

“Two letters were skipped—Nu and Xi—because Nu is too easily confounded with ‘new’ and Xi was not used because it is a common surname and [the] WHO best practices for naming new diseases … suggest avoiding ‘causing offence to any cultural, social, national, regional, professional, or ethnic groups,’” the United Nations agency said in a statement to The Epoch Times on Saturday.

The WHO best practices for naming new diseases was developed in conjunction with the Food and Agriculture Organization (FAO) of the U.N. and the World Organisation for Animal Health (OIE) in 2015.

Prof. Jonathan Turley, a criminal attorney and professor at George Washington University, speculated that the WHO “is again avoiding any discomfort for the Chinese government” in skipping the “Xi” letter and naming it Omicron.

“The new variant was expected to be Nu but any additional variant would then be Xi, which happens to be the name of the Chinese leader,” he wrote on Twitter.

“It is not clear if there is another reason for the decision to skip over Nu and Xi, but W.H.O.’s history with the investigation into the origins of the pandemic has fueled speculation as to a political motive,” he suggested. “It is a demonstration of the continuing credibility problems for the organization after its original inquiry. Even the new panel has been criticized for its imbalance and the background of its members.”

Besides Omicron, the WHO has designated five other “variants of concern” as well as two “variants of interest.”

The WHO earlier this year adopted letters of the Greek Alphabet to have “easy-to-pronounce and non-stigmatising labels” for variants of the CCP (Chinese Communist Party) virus that causes the disease COVID-19.

The Omicron strain, identified as B.1.1.529, was first detected in Botswana and South Africa within the past week. South African scientists say it has an unusual combination of mutations on the spike protein that may make the virus capable of evading immunity from prior infections or vaccination.

Early evidence, WHO said in a statement, suggests Omicron has a higher risk of reinfection compared to other variants such as Delta or the Alpha strain.

Maria Van Kerkhove, head of the WHO’s emerging diseases and zoonosis unit, said the WHO has named the new strain a variant of concern because it has “some concerning properties,” namely a large number of mutations, some of which “have some worrying characteristics.”

“Once a variant is classified as a variant of concern, it’s really important that we have good SARS-CoV-2 surveillance around the world, including better genomic sequencing, because we want to be able to detect this variant where it is circulating,” Van Kerkhove said in an interview with The Associated Press.

“It’s also really important that studies are undertaken in the field to look at any clusters and also the studies that are needed in the lab, to look to see if there’s any changes in severity, any changes in our impact on diagnostics, therapeutics, or vaccines.”

The United States is restricting travel from South Africa, Botswana, Zimbabwe, Namibia, Lesotho, Eswatini, Mozambique, and Malawi, in efforts to curb the spread of Omicron.

Anthony Fauci, the longtime director of the U.S. National Institute of Allergy and Infectious Diseases, said on Saturday that the travel ban is intended to buy more time to assess the new variant and is “not any reason to panic.”

No cases of the new Omicron virus variant have been identified in the United States as of Friday, according to the Centers for Disease Control and Prevention (CDC).

With reporting by Zachary Stieber 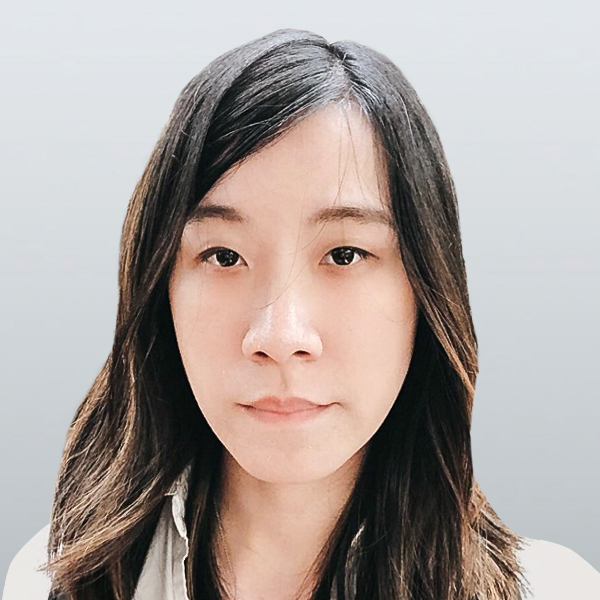 Mimi Nguyen Ly
Reporter
Follow
Mimi Nguyen Ly is a world news reporter based in Australia. She holds a bachelor’s degree in optometry and vision science. Contact her at mimi.nl@epochtimes.com.
MimiNguyenLy

Those Administration-Ordered Covid-19 Tests Will Arrive Late, But We Will Probably Still Need Them