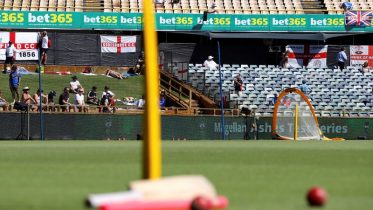 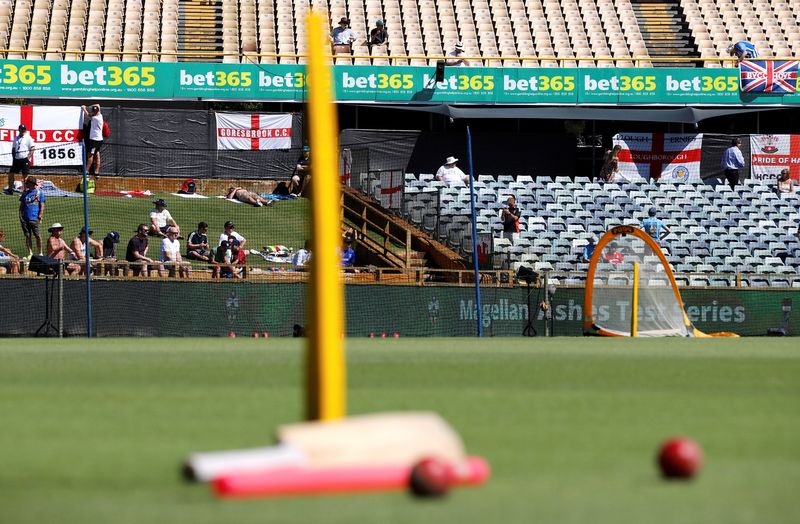 FILE PHOTO: Cricket – Ashes test match – Australia v England – WACA Ground, Perth, Australia, December 14, 2017. Cricket balls, a set of plastic stumps and a bat sit on the ground as members of the crowd wait for the start of play on day one of the third Ashes cricket test match. REUTERS/David Gray

Perth Stadium is scheduled to host the final match of the Australia-England series from Jan. 14 but WA authorities have insisted players and staff quarantine after entering the state from New South Wales (NSW), which holds the fourth test in Sydney.

“The thing about the Ashes and Cricket Australia is we have put in place very strict rules,” WA Premier Mark McGowan told reporters on Tuesday.

“We’ve said to them they need to have 14 days of quarantine, and that has to apply to all of the broadcast staff, all the cricket staff.

“They can’t just bring wives and girlfriends with them, (there are) the same rules as we put in place for the AFL.

“It is up to them whether they want to adhere to those rules or not.”

WA’s hardline stance leaves the Perth test in major doubt given the short break after the Jan. 6-9 Sydney test.

England’s players, who are preparing in southern Queensland for the Dec. 8 series-opener in Brisbane, negotiated successfully to have their families join them on tour to Australia, where borders remain effectively closed to non-residents.

England wicketkeeper-batsman Jos Buttler said players could possibly have reservations about staying in Australia if families were not allowed to cross state borders with them.

“Getting the families out here was a huge part of the negotiations, I guess, and having them here has been a huge help and we want them to travel around with us,” he said.

“If we’re allowed to move interstate, I don’t see why the families who are part of our bubble aren’t able to move with us.”

Other Australian states have relaxed quarantine and border controls for vaccinated people but COVID-free WA is expected to remain closed until early 2022, pending vaccination rates.

WA Cricket Association boss Christina Matthews said over the weekend the Perth test was only a 50-50 chance.

Other Australian states have put their hands up to host the Ashes finale, including NSW and Tasmania.

“We’ve said to Cricket Australia we are here to help if they need it,” NSW tourism minister Stuart Ayres said.