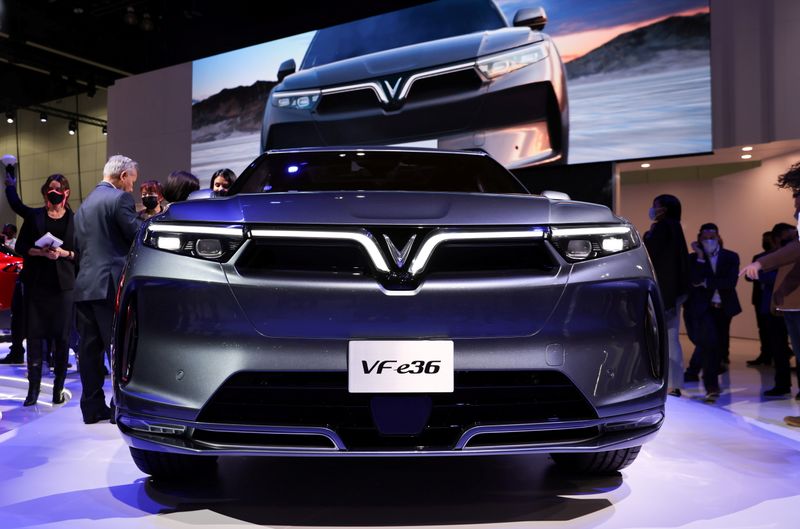 SINGAPORE (Reuters) – Vietnam’s largest conglomerate Vingroup is in talks with investors, including Qatar’s sovereign fund and BlackRock, to privately raise about $1 billion in equity for its car unit, three sources aware of the matter said.

The fundraising exercise comes as VinFast, Vingroup’s automobile arm, is betting big on the U.S. market, where it hopes that its electric SUVs and a battery leasing model will be enough to woo consumers away from the likes of Tesla and General Motors.

Vingroup is in discussions for the fundraising ahead of VinFast’s potential U.S. listing that could take place as early as next year, said the sources, who declined to be identified as negotiations are still ongoing.

The sources said the company could finalise the private fundraising deal as early as next month. Vingroup is also in talks with global private equity firms, the sources said.

They said Vingroup is in advanced talks with Qatar Investment Authority (QIA), the country’s $300 billion sovereign wealth fund, which has been diversifying its investments from its core European and U.S. markets towards Asia.

Vingroup declined to comment while there was no response from QIA. BlackRock did not immediately respond to a request for comment.

(Reporting by Anshuman Daga; Additional reporting by Saeed Azhar in Dubai and Phuong Nguyen in Hanoi; Editing by Muralikumar Anantharaman)