JOS, Nigeria—A spectacular prison break on Nov. 28 in Jos, Nigeria has embarrassed authorities and sparked fears of a terrorist crime spree in Africa’s most populous nation.

At least 252 inmates escaped after a black-clad, six-man team dropped from a speeding van at 5:20 p.m. and blasted through a gate lock with bullets and overpowered guards, according to a prison staff member who asked for anonymity.

The invaders killed a prison assistant superintendent near the gate and gained access to the guards’ gun locker, where they grabbed rifles that they handed to a group of inmates.

“They first killed one member of our armed squad, Assistant Superintendent of Corrections (ASC) Umar A. Mohammed,” said a staffer to The Epoch Times. “Another Officer on duty with Umar was also injured but he survived,” the source said.

In the space of a few minutes 260 men streamed out of the prison gate and began commandeering civilian cars or simply running into surrounding streets, say government employees who spoke on background. Reportedly, local residents on seeing the prison break  ran in terror.

The attack was carried out by militants speaking the Fulani language, according to Mr. Samuel Aguda, the Controller of the Jos Correctional Centre. “I am not too sure, but my men said they were speaking Fulani [dialect],” Aguda told reporters at the prison on Nov. 29.

The Fulani are a predominately Muslim tribe in the Sahel region of Africa associated with years of violent attacks on Nigeria’s Christian population.

The lightening-fast attack on the 1,000-man prison may have been managed by inmates themselves using stolen cell phones and planned for the week’s quietest hour on Sunday afternoon.

“Some inmates had access to illegal Mobile phones with which they planned the attack with their rescuers,” according to one investigator who spoke to The Epoch Times on background.

The attackers looted the prison’s armory and shared weapons to inmates to fight any resistance, Aguda said to reporters.

One of the attackers and eight inmates were killed in a gun battle with military and police officers who arrived minutes after the invasion, said Controller General of Nigeria Correctional Service, Haliru Nababa in a statement issued by the Service’s spokesperson, Francis Enobore on Nov. 29.

“Some of the attackers and a total of 262 inmates escaped in the melee before reinforcement could come from sister services. Ten have so far been recaptured leaving 252 at large,” he said, noting the prison had 1,060 inmates including 560 pre-trial detainees and 500 convicts.

Lawmakers in the nation’s capital on Nov. 30 spent hours debating the prison break which they feared could threaten the nation’s sovereignty. “The invaders walked through a security zone to have access to the custodial center,” said a worried Senator Istifanus Gyang who represents Jos at the Nigerian Senate during a plenary session.

The prison is at the center of police and military offices that are at the center of the Plateau State capital. It is bounded on the east by the state headquarters of the Department of State Services (DSS)—Nigeria’s national security organization akin to the Federal Bureau of Investigation (FBI). The prison is bordered to the west by the state headquarters of the Nigerian Police Force. To the south is the headquarters of a heavily armed military unit called  “Operation Safe Haven.” Its northern border contains barracks for guards and police as well three elevated watchtowers.

Sen. Istifanus Gyang, who represents the Jos metro area, raised the question of collaborators in the security forces who may have helped the attack.

“The possibility of insider collaboration may not be ruled out, as it has been ascertained that only two men were on guard at the gate of the custodial center that fateful day,” Gyang said Wednesday in a text.

“Recall that the Jos Correctional center is surrounded by other security formations at both entry/exit points, the Police Headquarters at one end and the DSS at the other end. By this, it ought to be well fortified. That the terrorists broke through this security zone means they were not just audacious but may have compromised the system ahead of the invasion,” Gyang said.

“The reality of fifth columnists within the rank and file of our troops fighting terrorists is what has prolonged the fight against Boko Haram/ISWAP…making easy for military equipment being supplied to the troops to be intercepted,” Gyang added.

“These are not some random assailants,” wrote Kyle Abts, the executive director of International Committee on Nigeria (ICON) to The Epoch Times. “It is not a simple strategy to plan an attack on a jail that is in close proximity to well-armed police headquarters (less than 800 feet) and the fully-armed armed mobile military barracks (about 1 mile),” wrote Abts.

“To be able to plan the attack and be prepared for any response, you have to know the environment and potential threats to halting the attack” Abts added.

The freed inmates will swell the ranks of terrorist and criminal groups in the North, said London based Military Consultant David Otto to The Epoch Times. “[They could] join others to rain terror upon the state and the vulnerable local population,” said Otto in a text message.

“When a concoction of hardened bandits, terrorist and kidnappers jail break from a high security prison like Jos—deep into the mouth of a complex environment awash with criminal networks—bandits and insurgents, the primary recruiting beneficiaries are these set of violent non-state actors,” Otto wrote.

“Freed prisoners through jail break make diehard committed fighters to groups that embrace them—we have seen the level of security damage this can cause as similar cases in Nigeria with Boko Haram in the early days of its violent activities and as far as Iraq, Syria , Libya, and Afghanistan—when prisoners are freed illegally, the impact on national security is devastating,” Otto wrote.

Nigeria has seen multiple prison attacks during its 12-year war against insurgents tied to Islamic State in West Africa or the related insurgency called Boko Haram. In Plateau State, four inmates had escaped from the same Jos prison last July. Gunmen attacked a prison van ferrying ten inmates to a court in a southern Barkin Ladi suburb in June 2020, freeing six before they were recaptured. Sunday’s attack was eerily similar to a  Dec. 6, 2014 attack on a prison in the central Nigerian city of Minna, which freed around 200 inmates. Following the prison break in Minna, terror attacks spiked near Abuja, the capital. 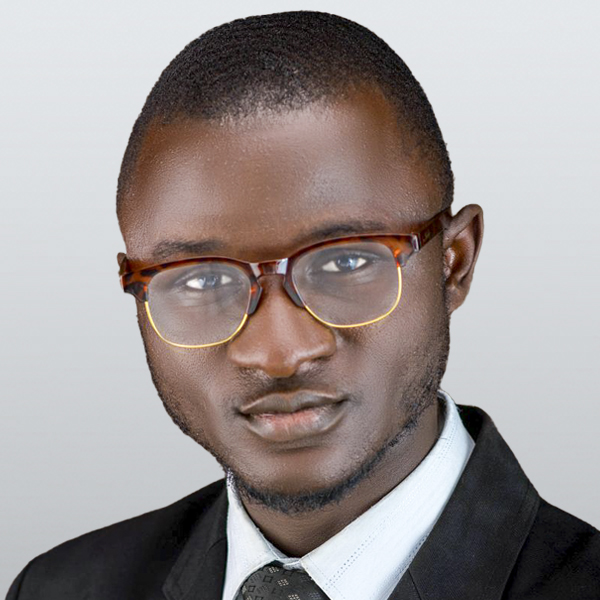 Putin’s Invasion Timeline and the Olympics