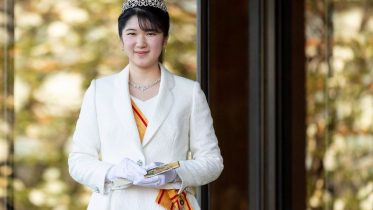 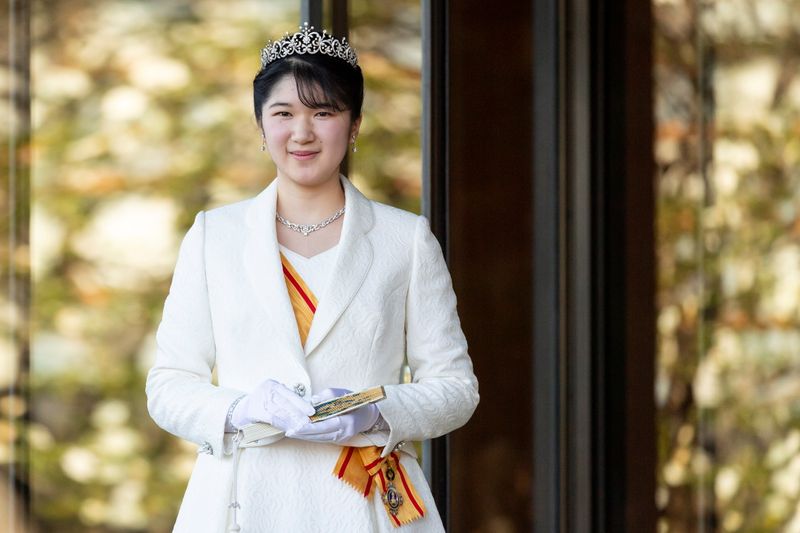 Japan’s Princess Aiko greets the press on the occasion of her coming-of-age at the Imperial Palace Tokyo, Japan December 5, 2021. Yuichi Yamazaki/Pool via REUTERS

TOKYO (Reuters) – Japan’s Princess Aiko, the only child of Emperor Naruhito and Empress Masako, on Sunday celebrated her coming of age at the Imperial Palace in central Tokyo after turning 20 on Wednesday.

Aiko, who is not eligible to ascend to the Chrysanthemum Throne, limited by law to males, bowed and smiled to the press wearing a tiara and a long white dress.

The princess wants to become an adult who can be of service to others, she said in a statement released by the Imperial Household Agency on her birthday.

“I am deeply grateful to all who have been involved in my journey to this day,” Aiko said.

It was heartbreaking that many people around the world have died due to COVID-19, she said, expressing hope that “a peaceful and vibrant life” would come to everyone as soon as possible.