Well, the Jussie Smollett trial is almost over. We’re hearing that it should likely go to the jury on Monday.

And if you listen to the experts, they think this case is a slam-dunk for the prosecution, thanks in part, to Justice Smollett deciding to testify in his own defense.

Jussie wanted to convince a jury that he did not stage a hate hoax in order to boost up his public persona and make more money.

And experts who are familiar with the case and his testimony, say the only thing he convinced the jury of, is that he’s a pompous jerk.

Many legal experts believe Smollett did himself no favors and actually hurt his defense by taking the stand.

MORE NEWS: [VIDEO] Jussie Smollett Has a New “Move” He Flashes as He Leaves Court, And He’s Getting Mocked For It

Fox News reports on what the experts thought about Jussie’s testimony, and it’s not good news for the disgraced former “Empire” star: “Smollett testifying in his own defense is one of two things, or maybe both: a narcissistic criminal defendant who is doubling down on his charged lies to law enforcement or defense attorneys who know they are way behind and are throwing a low probability Hail Mary to try to get their client off,” former U.S. attorney Neama Rahmani, who is not involved with Smollett’s case, told Fox News Digital.

Rahmani added: “Either way, Smollett’s story was a bizarre attempt at forcing a square peg into a round hole by offering every possible explanation for the state’s digital evidence except the most obvious one: that he is guilty. In the unlikely event he is acquitted, Smollett’s decision was a genius move. But it is far more likely that the jury sees through his ruse and Smollett is convicted. If so, the judge may sentence him to prison time for obstructing justice and perjuring himself on the witness stand.” James White, a high-powered attorney in Michigan who is also not involved in the Smollett case, echoed Rahmani’s comments that the actor’s testimony was nothing more than “an unparalleled disaster.” White noted that he believes Smollett not only “hurt his case” but also “went beyond and made the prosecutor’s case” in the process. 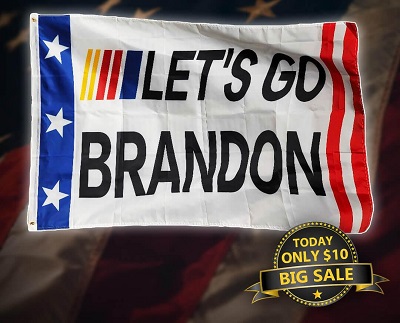 This #LGB flag would look good at your place! Or maybe you can order a few for Christmas gifts! Surprise someone with an LGB Flag for a stocking stuffer!! Get YOURS before they run out!!

Jussie is a typical narcissist.

So, it doesn’t surprise me that Jussie wanted to take the stand and be the “star” of his own comeback movie.

He can already see the new “Good Morning America” interview, where he once again, cries through his (new) story and comes out a hero…That’s how people like Jussie see themselves.

They think they’re the smartest people in the room, and they’re clearly not.