NYC to Hand out Masks, Tests as Omicron Takes Hold 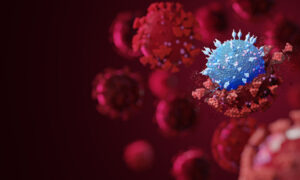 The mass distributions are part of a broader plan to counter the virus’ spread that also includes making testing more easily available through more sites and extended hours.

While only a few cases of the omicron variant have been confirmed so far in the city, federal health officials are estimating that it already accounts for around 13 percent of virus cases in the region that includes New York and New Jersey.

“This variant moves fast. We need to move faster,” the mayor said at a news briefing in Brooklyn.

New York state reported nearly 18,300 new cases of the virus Wednesday, the third highest total for any single day since COVID-19 tests became widely available to the public in the spring of 2020. Nearly 83,000 people have tested positive in the seven-day period that ended Wednesday, the most for any such period since last January.

New York City had been mostly spared the worst of the big surge in COVID-19 cases that has taken place across the northeastern and midwestern U.S. since Thanksgiving, but the situation has been changing rapidly in recent days.

The plan also includes beefed-up business inspections to check compliance with the city’s vaccine mandates and a media campaign to promote booster shots.

“I do expect cases will continue to increase in the coming days, and this is based on the trajectory that we’re following from other countries like South Africa, the United Kingdom and Denmark,” City Health Commissioner Dr. Dave Chokshi said.

Chokshi was issuing an updated advisory detailing steps New Yorkers should take to limit the spread of the virus.

De Blasio said it’s possible they could alter current plans to allow a crowd into Times Square this New Year’s Eve. But he also noted proof of COVID-19 vaccination will be required for revelers.