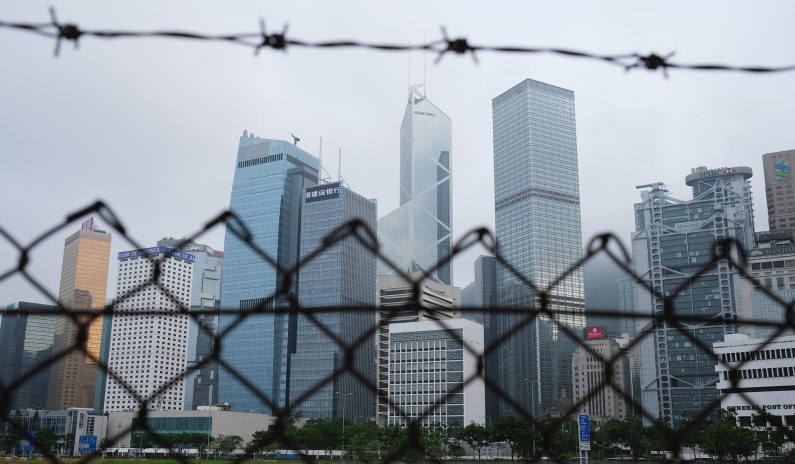 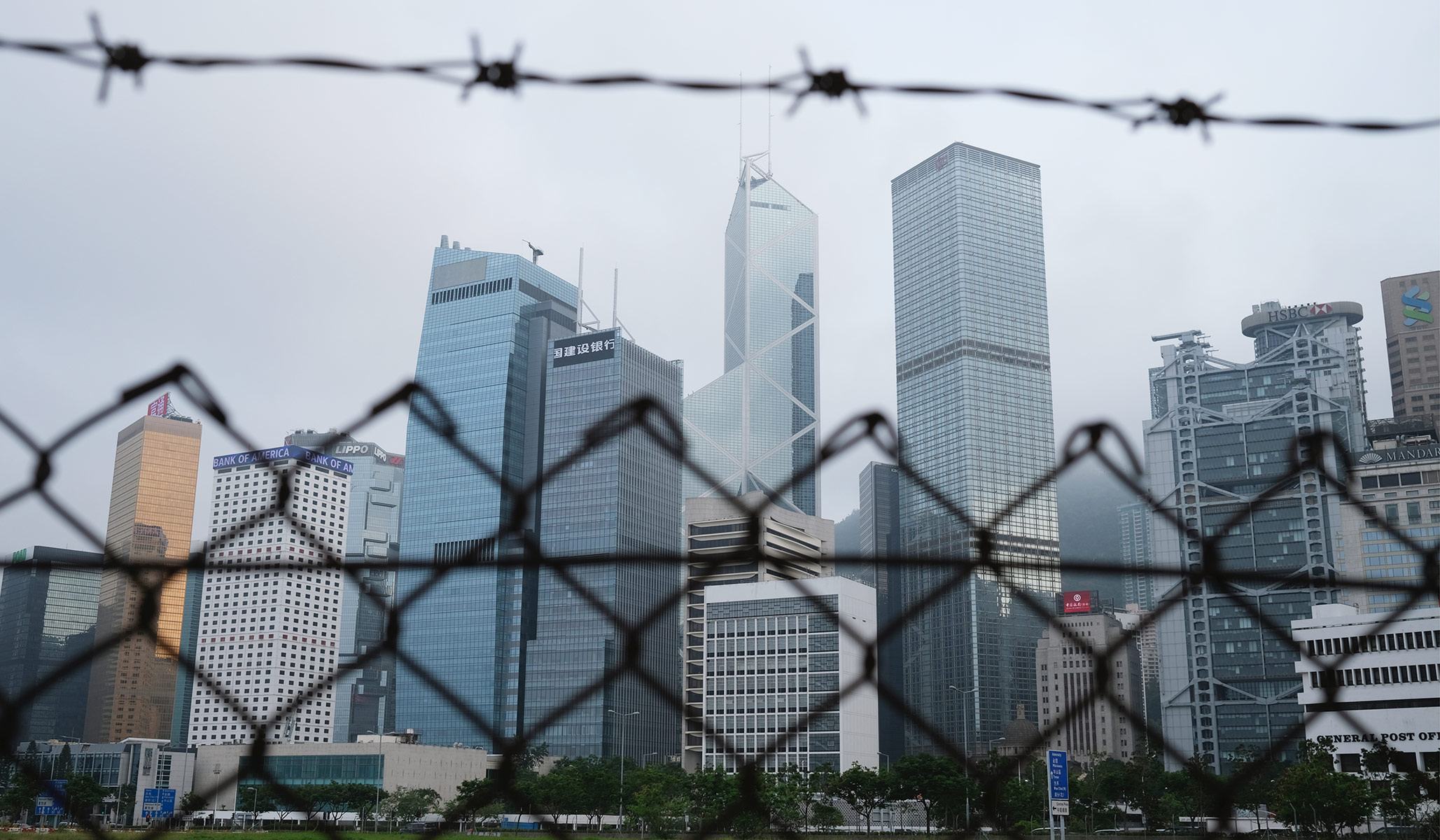 Supporters of Hong Kong’s pro-democracy movement in the U.S are keeping the city’s plight in the public eye with an eye-catching, full-page ad in the New York Times.

The ad, which will run tomorrow morning and was obtained exclusively by National Review ahead of its publication, features ten prominent women whom city authorities arrested under the draconian national-security law that the Chinese Communist Party imposed on the once-autonomous city in 2020. The Committee for Freedom in Hong Kong (CFHK), a Washington-based group supportive of the city’s pro-democracy movement, paid for its placement in the paper. 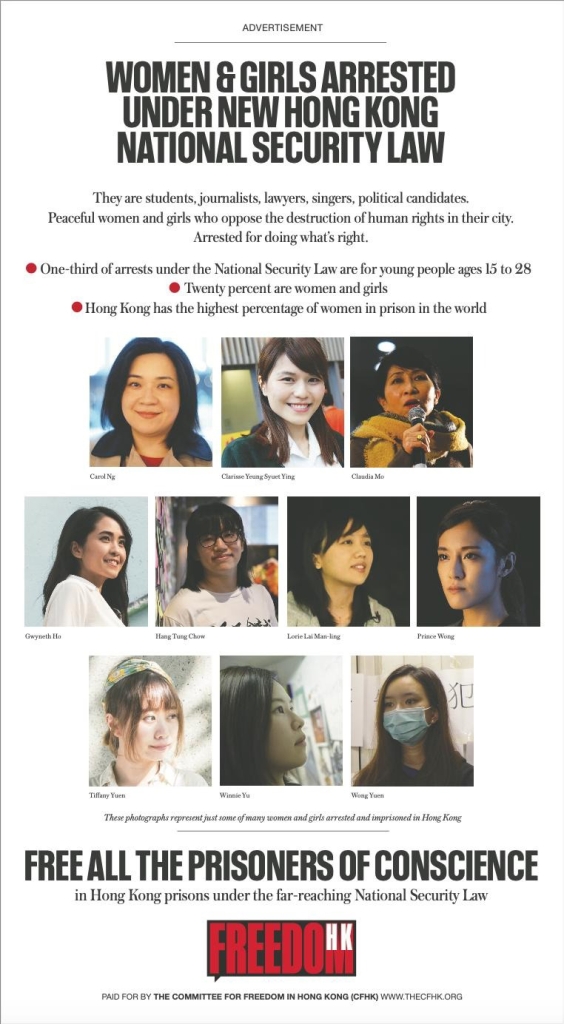 “They are students, journalists, lawyers, singers, political candidates. Peaceful women and girls who oppose the destruction of human rights in their city. Arrested for doing what’s right,” the advertisement’s text reads. It also notes that a third of the people arrested under the national-security law were between the ages of 15 and 28 and that women make up a fifth of all arrests under the law.

“Free all the prisoners of conscience in Hong Kong prisons under the far-reaching National Security Law.”

The advertisement running tomorrow highlights women swept up at different phases of the party’s crackdown in Hong Kong since June 2020.

Some of the most famous cases featured include those of Claudia Mo, a former member of the Hong Kong Legislative Council, and former Stand News reporter Gwyneth Ho. Stand News is the news website that the Hong Kong authorities shuttered in December, prompting fears that the party’s crackdown on press freedom was accelerating.

Mo and Ho, in addition to activists Wong Ji Yuet, Tiffany Yuen, and Winnie Yu, who are also pictured in the ad, were detained in mass arrests of pro-democracy figures last January.

The ad also serves as a reminder of other mass arrests, such as those in retaliation for pro-democracy advocates’ organization of a candlelight vigil last June to mark the 1989 Tiananmen Square massacre. Hang Tung Chow, a lawyer whose picture is also in the New York Times ad, received a 15-month sentence this month for her role in planning the vigil. She was one of four organizers arrested in September over the vigil.

Mark Clifford, CFHK’s president and a former editor in chief of the South China Morning Post, told NR that the goal of this campaign is to “highlight the role of women in the 2019 summer of democracy.”

“Just for trying to be good citizens, for exercising the freedom to dissent that China promised Hong Kongers, they are thrown in jail, held indefinitely without trial, denied bail because they are deemed to be dangerous, caught in a topsy-turvy Alice in Wonderland legal system where their promised rights are trashed,” said Clifford, who is the author of the upcoming Today Hong Kong, Tomorrow the World. “These women are waking up every day in a jail cell, trapped in a punishment purgatory where handpicked national-security judges are complicit in lawfare.”

Beijing’s stepped-up Hong Kong crackdown has all but stamped out the pro-democracy movement in the city. Most of its leaders have been imprisoned, forced underground, or forced to flee to continue the fight from abroad. In addition to the recent crackdown on independent media outlets, the party has tightened its vise grip on the city with the appointment of a paramilitary officer who previously led counterterrorism operations in Xinjiang.

The rapt attention with which many people initially followed the deteriorating situation in Hong Kong is flagging, but it’s more important than ever that the world not avert its gaze from the party’s malfeasance there.