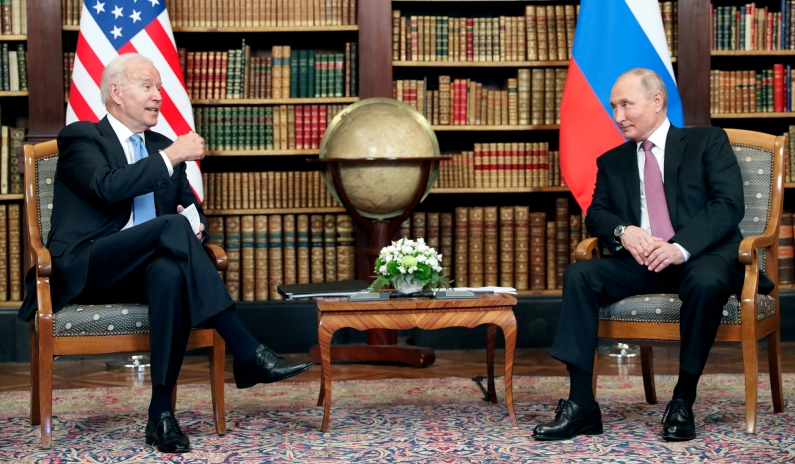 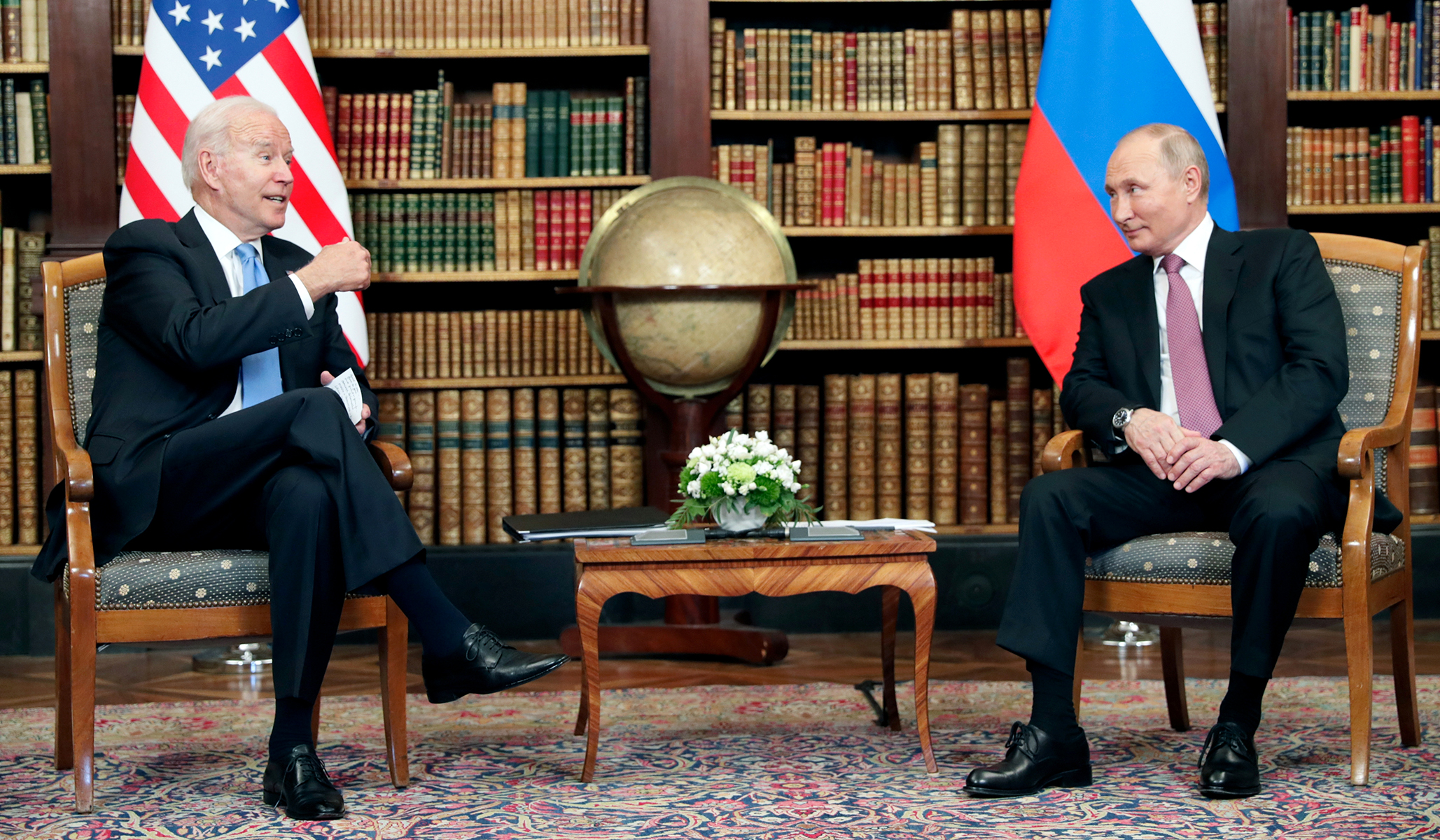 One of my readers who is more non-interventionist in his worldview reached out to contend that U.S. policy towards Russia is “going off the rails” – that the U.S. is getting far too invested in the outcome of a Russian-Ukrainian conflict that it has little control over. He contends that the U.S. and NATO could and should live with the concession of a buffer state in eastern Ukraine, made up of the Donbas and more Russian-speaking and Russian-culturally-aligned territories close to the border. This reader thinks Putin’s primary objective is the symbolic victory – and that it’s not worth a massive shooting war to prevent Putin from getting a symbolic victory.

That’s not a crazy thought, and that’s not necessarily a rerun of Neville Chamberlain. But my gut instinct is that I loathe the idea of giving a cold-blooded shameless autocrat like Vladimir Putin even a symbolic victory, and I still think that for authoritarians, territorial acquisitions are like potato chips – once they’ve had one, they always want another.

Having said that, after writing today’s Morning Jolt about the unnerving phone call between President Biden and  Ukrainian president Volodymyr Zelensky, let’s just say that if you just don’t trust Biden and Zelensky to lead the West against a Russian invasion, and you think a hawkish policy executed by this administration is likely to escalate into a large-scale disaster… brother, I hear ya.

It’s clear Biden didn’t and doesn’t want to fight this fight. He and his team desperately wanted a “stable and predictable relationship with Russia,” and made their desires quite clear. He dropped U.S. opposition to Nord Stream 2. He wanted to pivot to Asia. Biden yearned for a presidency where he wouldn’t have to spend much time thinking about Russia.

But for five years, the entire Democratic Party talked about Vladimir Putin as if he was the planet’s greatest monster. (Indeed, he’s pretty darn bad!) After the Russian disinformation efforts during the 2016 presidential campaign, most Democrats turned into hardline Russia hawks, an exceptionally uncharacteristic position, just a few years after Obama scoffed, “the 1980s are now calling to ask for their foreign policy back.” But once in office, Biden seemed to switch back, yearning for stability.

Vladimir Putin, cold-blooded opportunist that he is, smelled weakness, and pressed his advantage. The chaotic U.S. withdrawal from Afghanistan persuaded him even more that Biden does not want to be a wartime president and feared direct conflict. And then Biden didn’t help himself at all in his press conference, with, as John Podhoretz called it, “an internal monologue said out loud.”

Now Biden is caught between two contrary impulses. He spent the 2020 campaign promising that he would stand up to Putin and “hold the Putin regime accountable for its crimes.” If Putin takes over more of Ukraine, it will mean that the only president in the past thirteen years who didn’t stand by and watch as Putin invaded neighboring territory was the president that many Democrats insisted was a Russian agent. Other world leaders won’t think Biden is weak, they’ll know he’s weak.

And weakness makes conflicts more likely, not less likely. If Putin concludes the U.S. and NATO isn’t really willing to strain itself to defend applicant country Ukraine, he might conclude the U.S. and other NATO states like Germany wouldn’t really come to the aid of member states like Estonia, Latvia, and Lithuania. And China is watching closely, wondering how committed the U.S. is to defending Taiwan.

But Biden also wants to avoid anything that could escalate into a shooting war with Russia, for obvious reasons. He thinks he was elected to end wars, not start them. And with his approval rating barely above 40 percent, Biden can’t afford any more national security catastrophes on his watch.

Joe Biden is belatedly learning that the Democratic Party’s much-hyped philosophy of  “smart power” amounts to a lot of pretty words and a bad habit of dodging tough choices. (Note Democrats can’t even label a foreign-policy approach without reminding us of how highly they think of themselves.) “Smart power” amounts to talking a good game about standing up to authoritarians and rogue regimes, and then backing down when push comes to shove, or hoping that some thoroughly ineffective international organization like the United Nations will address the problem for us. “Smart power” is represented by economic sanctions that rarely apply much pressure to the autocrat calling the shots. “Smart power” involves a relentless focus on “working with our allies” while ignoring that alliances can both strengthen your position and constrain your options. (An alliance is only as assertive as its most reluctant member.)

The abandoned “red line” against Syria’s Bashir Assad is probably the most vivid example, of tough rhetoric being abandoned, but you can see it in the desperation to reach a deal with the mullahs in Iran, the much-touted “leverage” over the Taliban that never seems to manifest, and in our dealings with Russia. One of the reasons the U.S. is in the mess that we’re in with China is that for a generation, our leader have passed on plenty of opportunities to bluntly tell China to knock it off, and/or to take action to dissuade and deter them from course of action that we find dangerous to ourselves, our allies, and the world. After three decades of seeing Beijing as a “partner in prosperity,” we’re belatedly realizing that an autocratic totalitarian regime with aspirations of being the world’s preeminent power isn’t really a reliable partner for stability. “Smart power” seems awfully dumb sometimes.

The best policy would be a united NATO signaling to Putin that the conquest of Ukraine would cost his country far too much in blood and treasure to be worthwhile – and that he’ll have to find some other way to polish his legacy. But if you think Joe Biden is just too internally conflicted, wishy-washy, too  prone to bluster and bluffing, too erratic, and too addicted to shooting his mouth off to successfully execute a high-stakes, white-knuckle deterrence policy… then maybe the right question is what is the best policy that a president like Joe Biden can implement?